MOSCOW, December 9. The requirement to determine the timing of care (Syrian President) Bashar al-Assad artificially, contrary to international law and democracy. This was stated by Russian foreign Minister Sergei Lavrov in an interview with Italian media. 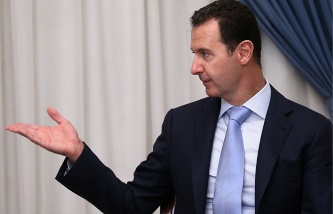 “While the partners determine the full mobilization of the anti-terrorist potential of the departure of Bashar al-Assad, said Lavrov. – There are nuances: (they) already do not require his disappearance in literally one second, allow his participation in the transitional political process, but definitely want to see some sort of a date, a deadline after which he will no longer fulfil its mandate”.

“The President of Russia has reacted to these ideas, we consider this approach to be artificial and contrary to international law, principles of democracy,” the Minister said.

“If we all subscribed in the framework of the Vienna process under the necessity to recognize the right of Syrian people to decide the future of Syria, it is necessary and to come”, he said.

The US is trying to play the sectarian card in Syria, declaring that Assad is a minority that do not accept the Sunnis. This view was expressed by the Minister of foreign Affairs of the Russian Federation. 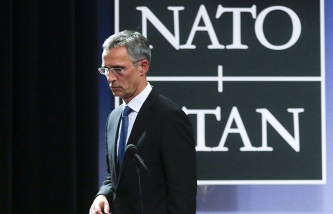 NATO chief: Bashar Assad cannot be part of a long-term solution in Syria

“Persistent spells that we hear, including our American partners, that the vast majority of Syria’s population is Sunni, and they do not accept Assad as the representative of the minority regime, – it smells not very good-faith attempts to play the sectarian card in the Syrian conflict and try to present the case in such a way that the American coalition supports the majority (Sunnis), and Russia supports the minority – what are the alawites as part of the Shiite stream of Islam,” he said.

“This is, first, unethical, and secondly, it is politically very explosive, he said. We were the first who stressed the need to avoid any steps that will somehow undermine the already significant tensions within the Muslim world”.

“We remain convinced that only encouraging Muslims to unite, to overcome their sectarian contradictions to ensure long-term sustainable peace, – said the head of the Russian foreign Ministry. – That is why we are creating a legal framework with the Syrian government for our work in their airspace, initially said to our partners: let’s agree on the objectives, the positions occupied by organizations, and recognized by us, you terrorist, let’s negotiate with the opposition, which does not share the terrorist principles and ideals, which is a healthy Patriotic force”.

“Very hard on these contacts our partners yet managed to agree only to agree on procedures to avoid incidents,” Lavrov added.