NOVOSIBIRSK, December 9. Network of restaurants of fast food McDonald’s has no plans in 2016 to reduce the pace of development in Russia and to reduce the number of new establishments. This was reported in the Russian office of the company in response to the request. 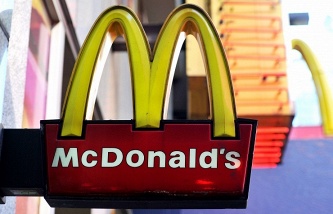 McDonald’s decided to reduce administrative staff by dismissing 225 people in the U.S. and abroad

“In 2015, McDonald’s has opened 53 new institution. In 2016 we plan to maintain the pace of development”, – reported in McDonald’s, noting that more specific development plans of the company will be ready to announce at the end of January 2016.

Thus, in 2015 the number of new McDonald’s restaurants decreased compared with 2014, when the network gained 73 new institutions in Russia. All, according to the company, in Russia there are 523 restaurant McDonald’s, who daily serve about one million visitors.

The McDonald’s chain, founded in 1940-ies in California (USA), operating in Russia since 1990.