Question about specifying in declarations on incomes of officials, their adult children is unlikely to correspond to modern approaches, said the Chairman of the government of the Russian Federation Dmitry Medvedev. 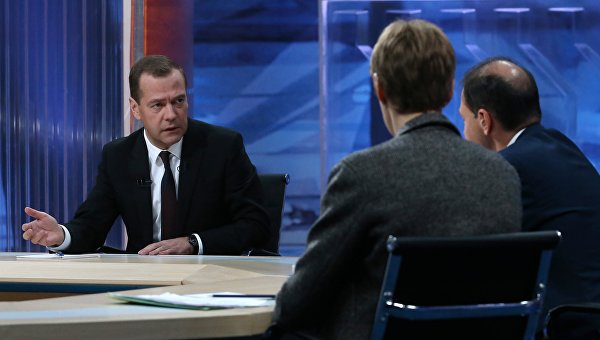 MOSCOW, 9 Dec –. You can discuss the question of indicating in the declarations on incomes of officials, their adult children, but it hardly corresponds to the modern approach, said the Chairman of the government of the Russian Federation Dmitry Medvedev in interview to the Russian TV channels.

“It is possible to discuss it, but I’m not sure that this corresponds, by and large, the modern approach, because the situation may be different: there may be situations when people communicate, and can be… people may not even communicate, well, just so the life is arranged, and what now, after this you have to shake out all that do adult children of public servants, even if they don’t communicate or live in other countries? It’s just technologically very difficult task, but you can consider this question”, — he said.

The Prime Minister noted that a similar issue has already been discussed in the government about five years ago.

According to him, the work on improvement of the legislation and “part of what is happening” should continue. “We have anti-corruption legislation is quite modern… But that does not mean that we have significantly changed the situation with corruption is indeed one of the substantive evils…”, — said Medvedev.