MOSCOW, December 9. The process of import substitution in Russia is not proceeding as quickly as hoped, but progress is being made. This was stated by Prime Minister Dmitry Medvedev in an interview with Russian TV channels.

“Import substitution is under way,” he said. “Yes, it is not as fast as we’d all like, but no one has any illusions, and was not” – said the Prime Minister.

“It is impossible to create on the basis in fact of post-Soviet industry for two years, the industry is the same as in Germany or in Japan,” Medvedev said. “For two years, probably not, but in 10 years it is quite possible to do and get out in countries that supply a complex technique in other States,” he said.

Medvedev stressed that the import substitution, initiated in connection with the sanctions of Western countries against Russia, should be seen as a driver of development. “I assume that even if these issues (sanctions and restrictions), they should have been invented so that we could change our economy,” he said. “We are so accustomed to live on the exports that it would have to be done,” added the head of government.

As a positive example of Medvedev called agriculture, which had previously been unprofitable, and in 10 years reached that stage when “really very many items was able to replace foreign food products.” There are positive developments, in particular, in the chemical industry, which this year increased by 6.5%, pharmaceuticals (growth – 13%). 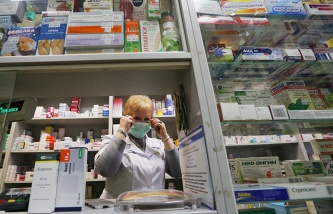 The price of health: what happens to the market of medicines in Russia

In this case, Medvedev noted that “medication is extremely delicate moment”. “We have to explore the whole range of preparations, so as not to depend on zagranicy,” he said, explaining that the prices of imported drugs in Russia depends on the fluctuations of currencies. “Our goal is to make it (to replace imported products with Russian analogues),” he said.