Moscow. December 9. President Vladimir Putin instructed the government to resume the supply of coal to Ukraine in response to Kiev resume the flow of electricity in the Crimea.

“They (Ukraine), though one, but still one branch (electricity) included. Need to resume the supply of coal,” – said Putin at a meeting with members of the government.

Meanwhile, Putin stressed that “it is unacceptable that, when we fully subitem (Crimea) from four energiebau and fully cover all that was supplied by Ukraine in the Crimea, we were continuing contracts for the supply of electricity from Ukraine”.

“As far as I know, these sort of contracts there, but we must see that no one is put in a difficult position and to warn everybody beforehand that this time the electricity we do not need”, – said the President, adding that “in principle it is not needed now and, by and large, if the use of mobile generating capacity”.

However, as said the head of state, “Ukrainian partners have resumed (electricity supply), then, well, take, and, respectively, in response to the need to resume supplies of coal to Ukraine”.

The Crimean Peninsula was completely de-energized in the night of November 22, as a result of blasting two transmission poles coming from the Ukraine. The region’s power supply was working in sandbox mode, to save used blackouts. On the Peninsula was introduced a state of emergency.

On the evening of 2 December, the Peninsula began to receive the first electricity from Russia. In a ceremony ahead of the launch of the first chain of underwater energy bridge across the Kerch Strait was attended by President Vladimir Putin. 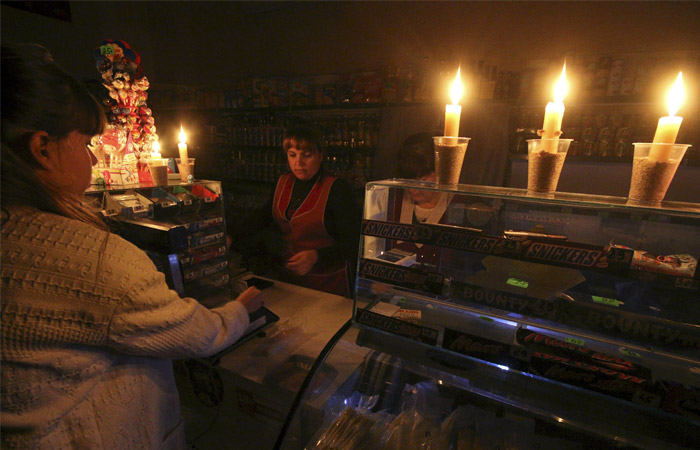