“I know that is really the theme being. It is not in terms of the constraints worked out, he said. – As far as I know, there are no restrictions”. Peskov added that this work is not connected with the orders of the presidential administration of the Russian Federation. “We need to address questions to the office (Alexander) Zharov (Roskomnadzor)”, – advised the representative of the Kremlin.

Peskov said that to him personally as a user of the instant messenger apps any restrictions in their use “would be uncomfortable”. “I think we all would have been inconvenient restrictions”, – he added.

The state Duma has no plans to restrict the ability of Russians to use the messengers. This was stated by Chairman of the Duma Committee on Informatica Leonid Levin, commenting on media reports on this topic.

“The state Duma has no plans to restrict the ability of Russians to use the messengers,” said Levin. He assured that “the bills devoted to the control of specific messengers, thus far in the Committee are not ready – did not come from outside and not made by any of the deputies”. 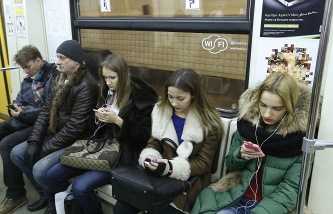 At the same time, the Deputy continued, it is impossible to deny that the topic is relevant. For example, recently in Europe after the Paris terrorist attacks had also raised the issue of the control of messengers for the purpose of obstruction of their use by terrorists, he said.

“The cornerstone of any bill affecting the communication, should be the right of citizens to enjoy comfortable services and reduce the costs of communication does not create any problems to other citizens ways. Any discussion, including this issue, should be built on this basis”, – said Levin.

In addition, “quite naturally the desire to limit the spam in messenger, as it is limited, for example, in the SMS-form”, noted the head of the Duma Committee. “But it is clear that specific decisions about the shape of this limit can be different in technique and require detailed discussion,” he warned.

With regard to user identification, access stored information and other such methods of fight against serious crimes, “you need to carefully analyze existing legislation and to assess the objective necessity of additions by special messengers,” said Levin.

“Our legislation to provide operational – search activities, not much different from acting in the territory of the European Union. It is advisable during these matters, to consider the development of similar discussions in the European Union, as well as accumulated regulatory practices of the messengers in other developed countries, such as China and the US,” he concluded.

State Duma Deputy, member of Committee for security and combating corruption Ilya Kostunov has warned of a “binding” of instant messengers to the operators without additional guarantees privacy of correspondence of citizens.

The refusal of the officials from Google will spur the development of Russian services, experts say

Previously, the newspaper “Vedomosti” reported that Russia plans to legally oblige the providers of these services to operate only under the contract with operators.

“Technically such an operation mode of messengers to enter possible. Tighter control over communication networks, of course, will more effectively solve crimes, prevent terrorist acts,” said Kostunov today. However, he warned that any such measure without additional guarantees of immunity of personal and family secrets will be perceived in society wary.

“I believe that politicians, public organizations, the Executive should pay special attention and give additional guarantees of the inviolability of personal and family life of citizens of Russia when communicating through any channel of communication,” he said. He noted that citizen security is an absolute priority, “but the Constitution guaranteed the privacy of correspondence is also an integral part of the security of citizens”.

The representative of Roskomnadzor Vadim Ampelonskiy said that no comments appeared in the media information and recalled that the office does not have the right of legislative initiative.

“We do not comment on this information. And generally it is not clear how a strange document came to the media,” said Ampelonskiy.

What is the essence of the bill

As noted earlier, the authors of the amendments propose, first, to make vendors of such services can work in Russia only under a contract with the operators. 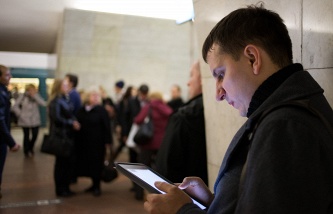 And, secondly, to force them to inform on its work to the authorized body Roskomnadzor. If the service violates the law, rules of rendering of communication services or the contract with the operator, the latter shall block the pass of traffic, until he corrected.

It is obvious that the government wants to tighten control over such services, says the employee of one of the telecommunication companies. Prospects and challenge of this initiative is not visible, he said.

Has developed this bill, Roskomnadzor, according to the employees of telecommunication and Internet companies. At the moment it is being discussed in the working group, which includes government officials and representatives of the operators, says one of them.