The document was developed in pursuance of decisions of the constitutional court according to which the decisions of the European court of human rights will be enforceable only with regard to the recognition of the supremacy of the basic law of Russia. 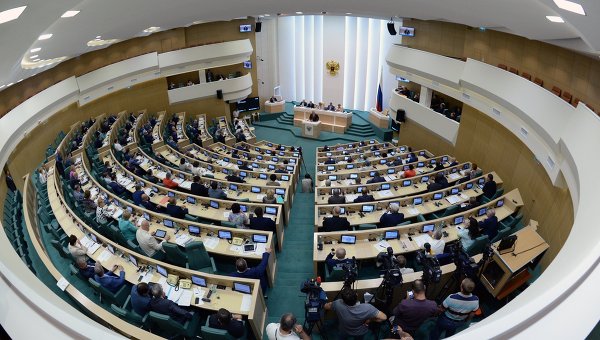 The document was developed in pursuance of the COP decision dated 14 July, in which he ruled that will solve the issue of execution of judgments of the European court of human rights in each case individually and decisions of the ECHR are enforceable only with regard to the recognition of the supremacy of the Constitution of Russia. The law aims “at implementing the powers of the Federal legislator to provide a special legal mechanism for the resolution of the question of possibility or impossibility from the point of view of principles and of the rule of higher legal force the Constitution of the Russian Federation to execute judgement on the appeal against the decision of Russia”, stated in the explanatory Memorandum.

The law provides for two ways of settling the COP of such cases. The Federal body that protects the interests of Russia filed lawsuits against it in international courts, has the right to address the constitutional court with inquiry about possibility of execution of the decision on the lawsuit. The request can be sent only if the Federal authority determines that the decision of the court based on the provisions of international Treaty interpretation, presumably leading to their discrepancy with the Constitution of Russia.

Such cases, the COP will be able to resolve without a hearing if it considers that the matter can be resolved on the basis of the legal positions from its previous rulings.

Before the act was supported by relevant Committee of Federation Council on constitutional legislation. Its Chairman, one of the authors of the document Andrey Klishas said that the adoption of the law will oblige the government to take more responsibility for execution of decisions of international courts.

According to him, the document is aimed primarily to encourage the government to take responsibility for the implementation of the decisions of all international courts, and not to arbitrarily refuse to perform some of them with links to the Constitution.

Previously Klishas said that the act in case its acceptance may be extended to the execution of the decision of the Hague court in the Yukos case, in that case, if the corresponding request to the COP to appeal to the authorized body.