MOSCOW, December 9. The period of low oil prices will not last for long, but 2016 will be the most difficult for the world economy, told journalists the Minister of Finance of the Russian Federation Anton Siluanov in the Federation Council.

“I am sure that at such low price options long the world economy will not be able to survive, as a number of fields, which currently have higher costs, simply shut down and will decrease the supply of oil. So 2016 will be the most difficult, in 2016 we will need to take a number of actions, take this path and if we will resolve all questions regarding the budget, we will become stronger from the point of view of financial viability and independence,” – said Siluanov. 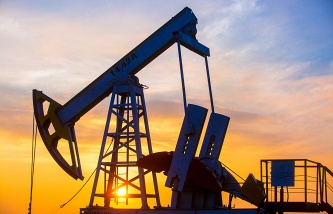 The Deputy Finance Minister: fall in oil prices to $30 per barrel is unlikely

The Minister also noted the lack of coordination within OPEC and oil producers.

“Now everyone plays for themselves, in fact. Saudi Arabia, dumping, lowers the cost, now will enter the world market of Iran. Therefore, we need to experience difficult next year,” – said Siluanov.

Achieving a deficit of 3% of the Federal budget next year is a difficult task, says Minister of Finance Anton Siluanov.

“Next year we planned the budget deficit to 3%. A very complicated figure, as in the current macroeconomic and external economic environment, we see that if we take today’s oil price and the ruble, we have the loss of earnings will be next year about 2% of GDP,” the Minister said during his speech. He recalled that the deficit of 3% was calculated at prices of 50 dollars per barrel.

About the debt of Ukraine to Russia

None of the international partners agreed to give guarantees on debt of Ukraine to Russia for $3 billion, Siluanov said.

Earlier it was reported that the provision of guarantees declined only in the USA.

“We said we are ready to over $ 3 billion in three years give us only an assurance from the US, EU, or a major Bank. Nobody agreed to give such guarantees,” – said the Minister. Russia can sue Ukraine for 10 days after December 20 in fact default on the loan for $ 3 billion, if Kiev does not repay the loan in full, said Siluanov.

“Our actions will be simple. In accordance with the prospectus provided for the settlement of disputes in arbitration courts in accordance with international law. 20 in the case of non-payment by Ukraine given 10-day period when Ukraine can fulfill its obligations. If Ukraine do not comply with them we will defend their interests in court, we will go to court”, – explained the Minister. 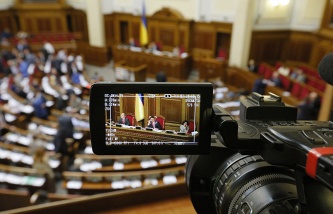 In mid-November the President of Russia Vladimir Putin has informed that Russia proposed to the over payment on the debt of Ukraine for 2016-2018, 1 billion dollars a year. The head of state emphasized that Russia not only agreed to restructure the Ukrainian debt, and offered the best conditions, as requested by the IMF.

Later, the Minister of Finance of the Russian Federation Anton Siluanov declared that Russia is ready to go for restructuring of Ukraine’s debt under the guarantee from the United States or the European Union or a major Bank in consultation with the Russian Federation. He also pointed out that the Russian proposal will not create a precedent to change the IMF’s policy in respect of lending to countries with overdue official debts.

In December 2013, Putin and Ukrainian President Viktor Yanukovych have agreed that Moscow will give Kiev a loan of $15 billion through the placement of Ukrainian securities. Under this program, bonds for $3 billion were placed on the Irish stock exchange 20 December 2013 and bought by Russia at the expense of the national welfare Fund.