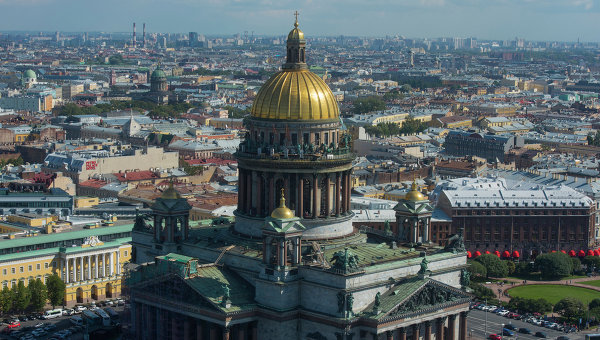 St. PETERSBURG, 9 Dec. St. Petersburg, Russia and Vietnam intend to develop cooperation in trade and economic sphere, shipbuilding, energy and tourism, the press service of the Governor of the Northern capital.

The delegation of St. Petersburg headed by Governor Georgy Poltavchenko is in Vietnam to discuss prospects of development of economic relations, strengthening cooperation in education, culture and tourism.

According to Poltavchenko, the agreement on supply in St. Petersburg retail network of fruits, vegetables and seafood from Vietnam.

“It is promising, especially considering the signing of the agreement on free trade zone between Eurasian economic Union and the Socialist Republic of Vietnam. Immediately removed a number of barriers that previously prevented the rapid and profitable delivery commitments” – are words in the message of the Governor.

During the meeting Governor of Saint-Petersburg with President of the Socialist Republic of Vietnam Truong tan Sang discussed the possibility of participation of St. Petersburg enterprises in the Vietnamese energy acquisition of modern equipment.

“This is also a very promising topic, given the fact that today in the final stage is the decision to build its first nuclear power station in Vietnam. It will be designed and constructed exclusively by our specialists. The equipment will be supplied from Russia, so, and from St. Petersburg”, – said Poltavchenko.

In addition, they discussed issues of cooperation in shipbuilding — the construction of warships for the Navy of Vietnam and the civil courts at the St. Petersburg shipyards.

Petersburg offered to Vietnamese investors to build the network of hotels of an economy class. State company “Saigon tourist” has expressed a desire to become a member of this project. The first hotel buildings can be built already for the world Championship on football in 2018.

Also discussed is the opening of regular direct flights between Hanoi or Ho Chi Minh city and Saint Petersburg.