MOSCOW, December 9. The Federation Council approved the law on the Federal budget for 2016. Voted 151 Senator, against – 1.

As noted by first Deputy Chairman of Committee of Federation Council on budget and financial markets Vladimir Petrov, the senators have prepared for the second reading of the law in the state Duma three amendments aimed at support of regional budgets. “One was an amendment by budget loans added 170 billion rubles of budgetary credits to the level of the current year”, – he reported (in the first version of the law for this purpose was provided for 140 billion roubles). 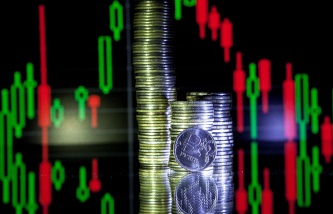 The deficit of the consolidated budget of the Russian Federation for 10 months has made 589,774 billion rubles.

In addition, said DOE, with the participation of senators “was adopted by one large amendment, most of it – 311.9 bln – directed to social expenditures”. In particular, 50 billion roubles will go on creation of new places in secondary schools in order to eliminate the 3rd shift and transfer students from dilapidated buildings, 5 billion will be subsidies for capital repairs to certain categories of citizens, 43 billion roubles is provided for support of the Crimea and Sevastopol, 2.4 billion increase in allocations to the territories of the Far East, Siberia, and the Republic of Karelia, 149,6 million roubles allocated for the development of Kislovodsk national Park (the issue was discussed at parliamentary hearings in the Federation Council).

The senators intend to closely monitor the effective expenditure of budgetary funds, said Petrov. “The value of parliamentary control should be strengthened”, he said, adding that with this order amends the Budget code and the law “On parliamentary control”, which the Federation Council also will consider at the meeting on 9 December.