MOSCOW, December 9. /Corr. Sergey Izotov/. The Federation Council will discuss on Wednesday the law on the Federal budget for 2016 and will hear the report of the Minister of economic development of Russia Alexei Ulyukayev.

Just the agenda of the next 383-th plenary session of the upper house of the Parliament of about 40 points.

As expected, the key issue at the meeting will be the consideration of the main financial document of the country – the law on the Federal budget for 2016. 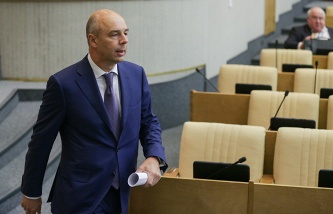 Siluanov: the budget of the Russian Federation in 2016 at the current prices on oil can lose about 2% of GDP

The budget is based on the inflation rate not exceeding 6.4 per cent (December 2016 to December 2015). The GDP is expected to be $ 78 trillion 673 billion rubles Normative size of the Reserve Fund is planned in the amount of 5 trillion 507 billion rubles.

On the eve of the meeting, the Chairman of the Federation Council in an interview with radio station “Russian news service” expressed confidence that the house will support the proposed version of the budget.

The chamber will support the budget… We know all the pros and cons of this budget. Of course, not everything suits us in this budget and now, but overall, considering the situation today and in Russian, and in the global economy, in our view, the budget is balanced enough

In her opinion, the document is “balanced enough” and has a “margin of safety” in the event of low oil prices. “Even if the price (of oil) will be less than $50, it will not be dramatic for our budget,” said the Senator, adding that we are talking about the fluctuations in the oil price “from $40 to $50”.

During the “governmental hour” is scheduled speech of the Minister of economic development of Russia Alexei Ulyukayev. He would provide the senators the forecast of socio-economic development of the Russian Federation for 2016 and the planning period of 2017-2018. In the framework of the traditional for the plenary meetings of the Federation Council of the format “Time expert” is scheduled speech of the Chairman of the Board of “Sberbank of Russia” Herman Gref.

The members of the Federation Council also will discuss the law, pause the indexation of salaries of state civil servants, military personnel and equated persons, the salaries of judges, payments, benefits and compensations for 2016. According to the document, “in 2016 the size of the specified payments, benefits and compensation, carried out at the expense of the Federal budget, not increase given the current economic situation.”

At the same time saying that “the extension of the suspension of the rules on indexation was adopted for one year and is temporary in nature”. As noted by a member of the Federation Council Committee on budget and financial markets Valery Semenov, “planned savings in connection with the adoption of the law will be 89,9 billion rubles”.

In addition, senators will consider the law, which provides for the extension of the moratorium on formation of accumulative part of pensions of workers born in 1967 and younger. It is expected that all these funds, as in 2014 and 2015, will go to the Pension Fund of Russia in full for the current payment of the insured part of the pension. As previously explained, the head of Committee of Federation Council on social policy Valery Ryazansky, such measure will allow to increase budget revenues of Fund for 342,2 billion rubles.

The Federation Council will also discuss the law on increase of the minimum wage (SMIC) in Russia from 1 January 2016 to 6 204 thousand rubles a month.

Work on the bugs

At the plenary meeting, the senators also discussed the situation around truckers. In particular, the parliamentarians will consider the act a substantial decrease in the size of penalties for unpaid transportation on Federal highways with trucks weighing over 12 tons.

In turn, Valentina Matvienko considers that this document kind of “mistakes”. According to her, the decision made earlier on increase of fines “the mistake of the legislators, the government’s fault”. “We overlooked, overlooked, wrong we have done. We recognize and correct it immediately”, – said Matvienko in an interview with radio station “Russian news service”.

The Priority Of The Constitution

Another important document to be considered by the senators, became law, authorizing the Constitutional court of the Russian Federation to recognize the enforceability of decisions of international courts, primarily the European court of human rights (ECHR), in case of their contradiction with the Russian Constitution.

One of the initiators of the law was made by the head of the Federation Council Committee on constitutional legislation and state construction Andrey Klishas. According to him, “this is a law that is not intended to confer a right not to implement the decisions of Strasbourg or any other body, he aimed at the COP determined what enforcement mechanism, if it exists at all”.

Supports such legislation and the Chairman of the Federation Council. “There is no doubt that our house will approve this law,” she said Tuesday in an interview with radio station “Russian news service”. Matviyenko stressed that the Constitution is the Supreme law of Russia. “This means that laws, other legal acts adopted in Russia, including international obligations, should not contradict the Constitution of the Russian Federation”, – said she.

Second international passport for all

At a meeting of the chamber also is scheduled to consider the number of international agreements. In particular, senators will discuss the ratification of the agreement on integrated currency market of CIS countries. This will allow to create conditions for equal and mutually beneficial participation of resident banks of the parties in executing conversion operations, which will contribute to the revitalization and further development of economic cooperation and deepening integration processes within the CIS.

The agreement included provision for direct admission of resident banks of the parties on the domestic foreign exchange markets of each other to conduct interbank conversion operations on the conditions of legal regime not less favorable than for national commercial banks.

At the meeting of the Federation Council, the parliamentarians will also discuss the ratification of the articles of agreement of the Asian Bank of infrastructure investments.

In addition, senators will discuss a law allowing the citizen of the Russian Federation to obtain a second passport with the same validity period as that of the first. According to the Deputy Chairman of the Committee of the upper house on constitutional legislation and state construction Lyudmila Bokova, previously this opportunity was restricted to only those Russians, whose work was associated with frequent (more than once a month) trips abroad, now it can be used by any citizen of Russia.

Orenburg region in the spotlight

During the session of the house within “Hours of a subject of the Russian Federation” the Orenburg region Governor Yury Berg will tell the senators about the socio-economic situation in the region, and the Chairman of regional legislative Assembly Sergey Grachev will make a presentation on the theme “Peculiarities of the border regions: legal regulation”. The meeting will also be shown a film about the life of the subject.

In addition, the walls of the chamber will open an extensive exhibition of achievements of the Orenburg region, which will serve the master of arts in the region.