MOSCOW, December 9. The head of the Federation Council Committee on constitutional legislation and state construction Andrey Klishas has called the publication Fund of struggle against corruption (FBK) concerning the family of the General Prosecutor Yuri Chaika “political attack on one of the heads of Russian law enforcement system”. 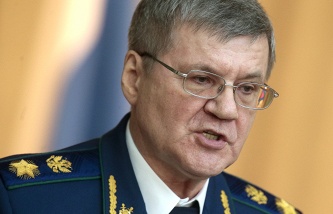 According to the Senator, submitted to the Federation Council of the FBK materials “does not set forth any facts” discrediting of the attorney-General personally. “Everything is presented as facts, refers to persons who are in kinship or friendly relations, or working with the Prosecutor General”, – said Klishas today at the announcement of the report on its activities in the state office of public Prosecutor and Investigatory Committee of the Russian Federation as the representative of the Federation Council.

“This is a purely political history, no evidence, court decisions that have not even presented what was submitted statements to the court. We regard this purely as a political attack on one of the heads of law-enforcement system”, – said the MP.

Klishas believes that any decisions regarding disclosures FBK Parliament should not be accepted. “Those who spread dirt, can not determine the agenda of the highest state authorities, including the agenda of the meetings of the Parliament”, – said the Senator.

However, he assured that his Committee will consider the appeal and FBK will answer him, “as provided for in the regulations” of the Federation Council.

Earlier today, the speaker of the Federation Council Valentina Matvienko has confirmed the receipt of the FBK materials related to the family of the Prosecutor General of the Russian Federation Yuri Chaika.