The main purpose of the visit of the Egyptian delegation, according to a member of the Politburo of the party Ahmad Khairi, “to Express condolences and to show solidarity with the Russian people” in connection with the crash of the Airbus-321 of airline “Kogalymavia” in Sinai. 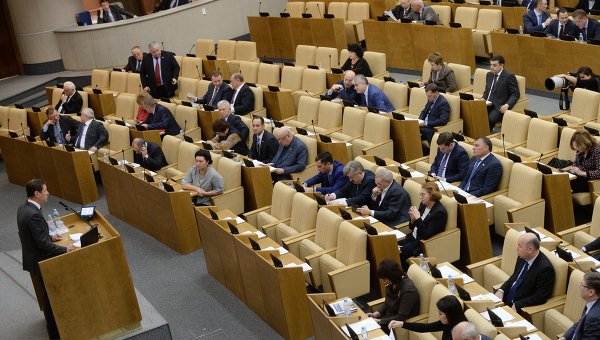 CAIRO, 9 Dec. Nadeem Zuaui, Margarita Kislova. Representatives of leading in the parliamentary elections in Egypt the party “the Free Egyptians” arrived in Moscow, where he will hold talks with deputies of the State Duma of the Russian Federation and the Russian foreign Ministry, said in an interview with RIA Novosti member of the Politburo of the party Ahmad Khairi.

“The planned meeting in the State Duma and presidential envoy for the Middle East Deputy foreign Minister Mikhail Bogdanov,” said Khairi. According to him, the main goal of the visit of the Egyptian delegation was to “Express condolences and to show solidarity with the Russian people” in connection with the crash of a passenger plane in Sinai.

The Airbus-321 of airline “Kogalymavia”, October 31, departing from Sharm El Sheikh to St Petersburg, crashed in the Sinai. Onboard there were 217 passengers and seven crew members. They all died. Russia announced that the crash happened as a result of a terrorist act.

As explained Khairi, it was planned the participation of Egyptian delegation at the memorial service for the victims in Egypt, the Russians in Moscow, but the event was moved to St. Petersburg. According to Egyptian politics, the tragedy with the Russian airliner and the subsequent suspension of flights between the two countries will not affect bilateral relations. “I don’t think the situation with the plane crash will affect relations with Russia. Even if Egypt were some shortcomings, the Russian side is well aware that Egypt had no malicious intent,” said Khairi.

According to him, such tragedies can happen anywhere in the world. “There is no safe from terrorism States,” he added.

Egyptian politician is sure that the suspension of flights by Russia and Britain is a “natural measure aimed at the protection of citizens”, given the “concerns and claims to certain procedures to ensure airport security” of Egypt. At the same time, he expressed confidence that soon the flights will be resumed. “Egypt maintains contacts with Russia and Britain for the purpose of audit of the whole complex of security measures. I believe that within one or two months, the flights to and from Egypt will resume,” said Khairi.

The party “the Free Egyptians” was founded in 2011, influential businessmen, writers, cultural figures. It positions itself as a secular and liberal political force. One of the founders of the “Free Egyptians” became a rich Egyptian businessman Naguib Samaras, who also plans to participate in the negotiations in Moscow.

According to a member of the Politburo of the party Khairi, “Free Egyptians”, winning the leadership election, seek to establish contacts with different parties in Russia as a leading partner of Egypt, and with other States.

Parliamentary elections in Egypt take place in several stages. It is expected that the final voting results will be announced at the end of December.