MOSCOW, December 9. The Ministry of industry and trade of the Russian Federation suggests to enter criminal liability for the importation of counterfeit and smuggled goods on the territory of Russia.

This was in the context of the meeting of the state Commission for combating illicit trafficking of industrial products, said Minister of industry and trade of the Russian Federation Denis Mantrov. 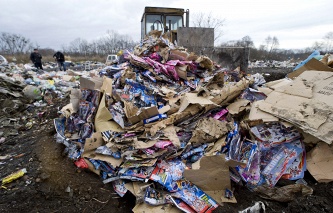 The Ministry of industry and trade: imported counterfeit goods will not be burned right on the border

“Generally speaking about light industry, us at the previous meeting agreed the concept of increasing the punishment for trafficking of goods, and reviewed the first edition of the draft legislation with the relevant amendments to the criminal code and the criminal procedure code. They worked with all departments,” he said.

“We want to bring order here – ranging from amendments to the law on industry, in terms of what counterfeit and contraband products, it is part of the light industry and, accordingly, prepared a proposal, which, thus, will adjust regulations to the criminal code, Criminal procedure code, in order to punish him for illegally imported products of light industry”, – the Minister added.

Manturov also noted that in the framework of the fight against counterfeiting, first of all, it’s about removing the costs of the state during the storage and disposal of such products. 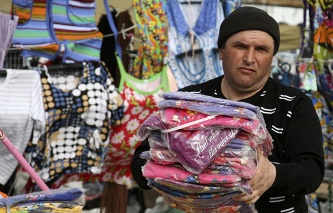 Media: the number of goods in Russia will be marked with electronic chips to combat counterfeiting

“We just want to shorten this chain, to simplify, as this is already being done on foods that are included in the sanctions list, and is deleted immediately when crossing the border. This is the format we want to implement the state’s actions in relation to light industry products, which will be imported or exist in the process of finding already in retail chains,” said Minister of industry and trade.

This will remain the procedure of litigation on every issue to destroy the products at the expense of violators, producing or importing such products, he said Manturov.