According to the current forecast of socio-economic development of the Russian Federation by the end of 2015, inflation in the current year will be 12.5% instead of the previously planned for 12.2%, and a recession is 3.7% of GDP instead of 3.9%. 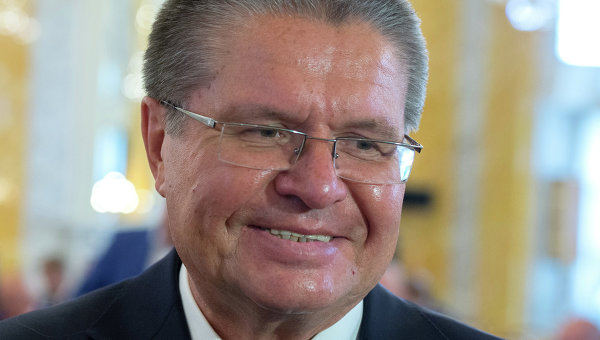 MOSCOW, 9 Dec. The current year, though it was difficult for the Russian economy, but the Ministry of economic development for the first time in several years have been able to predict its trends with accuracy almost to tenths of a percent, allowing the head of the Ministry Alexei Ulyukayev to call themselves realists.

According to the Minister, the Russian economy has already rebounded from the bottom and slowly begins to swim in an area of positive values and will be released on the growth of 0.7% in 2016, it will come true if this prediction — time will tell.

Ulyukayev, speaking on Wednesday in the Federation Council, announced the latest forecast of socio-economic development of the Russian Federation by the end of 2015. So, according to the latest estimates of the Ministry, inflation in the current year will be 12.5% instead of the previously planned for 12.2%, and a recession is 3.7% of GDP instead of 3.9%.

Despite the fact that the forecast price of Urals oil would be slightly degraded from 53 to 51.5 us dollars per barrel — the average annual dollar exchange rate remained without changes — about 61 rubles. The decline of industry also remained in line with previously announced forecast of 3.3%. The biggest adjustment has undergone evaluation at the falling investment: instead of falling by 9.9% they will decrease no more than 7%.

The absence of significant fall of investment Ulyukayev inspires some optimism about the future of the Russian economy.

The speaker began his speech before the senators debunking the prevailing opinion of him as the Minister in “pink glasses”. He recalled how opponents of the economic development Ministry recently questioned the Ministry about the fact that the Russian economy has crossed the bottom in the middle of this year.

“You know, a month and a half ago, it was good form to laugh at this: Oh, these pink optimists, they are talking about the bottom, but the bottom is tapped and so forth,” — said the Minister.

Now, said the head of Ministry of economic development, the assertion that the Russian economy has overcome the bottom — has become a public fact. “Now all agree that we really passed the lowest point somewhere around the turn of the second and third quarters,” said the Minister.

As proof of his statement, the Minister announced a monthly GDP growth rate. “Monthly GDP dynamics from July ceased to fall, and in September-October we have a GDP cleared of a seasonal factor (shows growth – ed.): growth of 0.2% in September, 0.1% in October, and approximately 0.1% in November”, — said Ulyukayev. Dynamics of GDP over the past three quarters, in annual terms also shows some improvement: the lowest point was recorded in the second quarter of 2015, when the decline amounted to 4.6%, in the third – he was at 4.1%.

He acknowledged that despite the fact that these improvements are within the negative part of the graph, however, this is quite an encouraging trend.

According to the Minister, support the economy renders the development of agriculture and extractive industries, as well as improve the situation with investments.

“We expected a deep investment slump that we figure is 9.9% in the forecast, the actual value today is 5.7 per cent. And by the end of the year we don’t think that will be more than 7% decline,” — said the head of the Ministry of economic development.

He explained that the dynamics of recession of investments was influenced by the good financial result of companies, which largely profited from the devaluation of the ruble.

“They (financial results – ed.) get largely due to the change in exchange rate ratios; gain in competitiveness due to the devaluation of the ruble: the first nine months of this year show the financial results of companies 28% plus over past year. That is, there were financial resource and, despite the fact that risks are still large, for a number of companies, especially the extractive sector, it was a signal for what you can invest and have something to invest”, — said the speaker.

In anticipation of defrost demand

The speaker noted that all of these improvements indicate that the domestic economy has adapted to new realities, and they are already reflected in the revised forecast numbers.

“These are the sprouts that show that the economy has adapted to the situation in which we find ourselves — and the landscape of global demand, with prices of major export commodities, with the new exchange ratios, the sanctions regime and so on. The simultaneous confluence of many negative factors was the power to move our economy and our industry,” he said.

As for next year, it hopes to halt the decline in real incomes and the renewed growth of retail.

Incomes stabilized in the second quarter of 2016 (after inflation) that will lead to a revival of retail demand – plus 0.2 percentage points to the level of the current year, Ulyukayev believes.

Restoration of incomes and defrost retail demand should stimulate enterprises to increase inventories, said the Minister.

“We expect lower rates, because following the decline in inflation or even ahead of it, monetary authorities, usually lower its key interest rate, and the reliance of lenders, and interest rate for the borrower, we believe, will be able to reach the level of less than 10% (next year – ed.)”, — explained his idea to the Minister.

These factors, coupled with the investment activity will allow the Russian economy in the second quarter of 2016 an increase of 0.7%.