MOSCOW, December 9. The Russian military since December 5, have increased the intensity of attacks on the terrorist group “Islamic state” (IG, is prohibited in Russia) and other extremist organizations in Syria, reported the press service of the defense Ministry.

Massive rocket and aviation blow inflicted on the Russian long-range bombers Tu-22M3 airfield in Mozdok, aircraft aviation group airfield Hamim and a submarine from the waters of the Mediterranean sea. 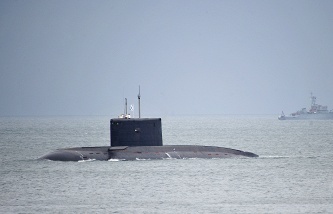 Over the past four days “long-range bombers Tu-22M3 airfield in Mozdok made 60 sorties on 30 targets of the terrorists in the provinces of raqqa and Deir ez-Zor”, the statement reads.

“Tactical and army aviation from the airfield Hamim made 238 sorties, struck 699 objects of the enemy”, – informed the press service.

During the massive rocket and aviation blow the fighter air cover was carried out by Sukhoi su-30 from the position shift in the air, noted in the defense Ministry.

“After performing combat missions all aircraft returned to the airfield”, – stressed in the defense Ministry.

“Just for four days 1920 dropped bombs for various purposes. Destroyed 70 team points, 21 training base for militants, six factories for the production of ammunition and explosives, 43 warehouse with weapons and material resources, 6 storage, and refining, as well as other objects” – said the military.

The defense Ministry said that the attacks created the conditions for future offensive operations of the Syrian army in collaboration with other armed groups in Aleppo, Idlib, mountain Latakia and Palmyra.

Forces of the Russian Federation in Syria

Initially, the air group included about 50 aircraft and helicopters, including su-34 and su-24M, su-25, su-30CM, Mi-8 and Mi-24, which she later supplemented with 12 bombers and fighters. The entire air group consists of 69 aircraft. 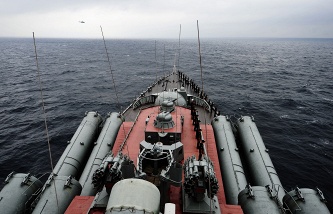 From November 17 to operation connected far aviation: 25 Tu-160, Tu-95MS and Tu-22M3. Since the beginning of actions of the Russian air force carried out more than 4 thousand bombing attacks.

Also in the operation involved the Navy of the Russian Federation: on 7 October and 20 November, the ships of the Caspian flotilla of the Caspian sea caused by the objects of the IG in Syria massive strike with cruise missiles of sea basing “the Caliber of NC”.

Only naval group included ten ships, six of them are in the Mediterranean sea.

After 24 November, the Turkish fighter brought down a Russian bomber su-24M on the air Hmain deployed anti-aircraft missile system s-400, and in the coastal area of Latakia guards missile cruiser “Moscow” has started to combat duty in air defense.