MOSCOW, December 10. Members of Mosobldumy introduced to the state Duma a bill that proposes a ban on the production and trafficking of so-called dry alcohol in the Russian Federation. The document is available in the electronic database of the lower house of the Russian Parliament. 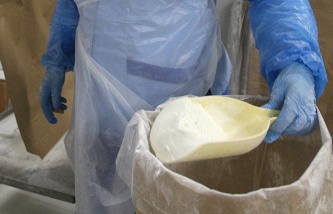 Prohibition of “dry alcohol” in Russia: the dangerous powder

“The bill introduces a ban on the production and turnover of these products that is justified to the informal independent research of this matter”, – stated in the explanatory Memorandum. “Dry alcohol” is a powdery substance that when water is added in a certain proportion is converted into an alcoholic drink, explain the developers. “Due to the fact that independent research into the effects of “dry alcohol” on the human body were not conducted, the safety of its use has not been confirmed,” said the authors.

However, according to the authors, now it is revealed that deadly is the consumption of the drink on the basis of dry alcohol, if substantially increase concentration in the liquid.

Thus, the production and trafficking of “dry alcohol” is a public danger, emphasized by the lawmakers of the Moscow region.