MOSCOW, December 10. At Beloyarsk NPP plugged in the new power unit with the reactor on fast neutrons. This was announced on Thursday, the head of the concern “Rosenergoatom” Andrei Petrov during the meeting of the Board of Trustees of the Moscow power engineering Institute with participation of head the Ministry of energy of the Russian Federation Alexander Novak.

“A few minutes ago was plugged in and the power unit 4 of Beloyarsk NPP”, – said Petrov. 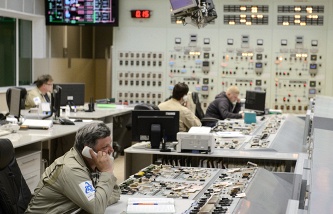 The new unit joined the grid at the minimum level of electrical power 235 MW.

It is assumed that electricity generation bn-800 in the power system of the Urals will begin in December this year and could reach 30 million kW / h.

“Bn-800 was not easy for us, but more importantly, thanks to this unit we have restored their competence in the field of design and construction of fast reactors, – said the head of “Rosenergoatom”. – Today we have made another important step in the transition of atomic energy of Russia to a new technological platform.”

Bn-800 reactors relates to a closed cycle that will minimize radioactive waste and extend the fuel base of nuclear energy.

Earlier it was planned that commissioning the bn-800 will be in September 2014, then the deadline was postponed for October, and then for 2015.

The state Corporation “Rosatom” does not disclose the estimated cost of the unit. According to experts, it can be no less than 135 billion rubles.

Beloyarsk NPP named after I. V. Kurchatov is located in Sverdlovsk region near the satellite city of Zarechny. A new fourth block of type bn with a capacity of 800 MW have become the largest fast reactor in the world.