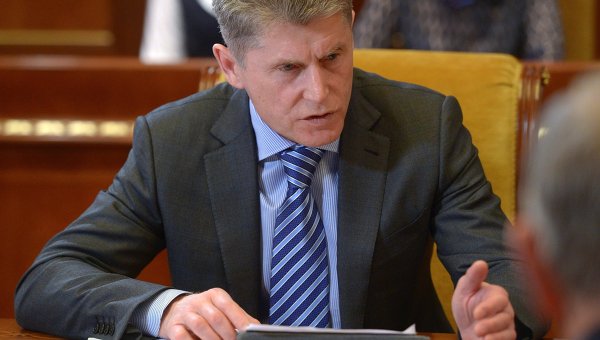 YUZHNO-SAKHALINSK, 10 Dec. The Sakhalin Governor Oleg Kozhemyako intends to fight “spray” of budget funds in the region, negligent officials will be punished, up to and including dismissal.

Kozhemyako expressed dissatisfaction with the inefficient use of budget funds in the report on budgetary policy, which he made on Thursday in the Sakhalin regional Duma, the press service of the Governor.

“Almost every third budgetary rouble in the area is being invested inefficiently. Real cases are often replaced nice reports. And people for a long time – for months or even years waiting for the promised the officials”, — stated in the message with reference to words of the Governor.

It is noted that all constructed within the last three years, kindergartens were commissioned with delays. Every tenth draft of the regional investment program is impaired, including in the Kuril Islands. School of Sakhalin Kozhemyako called “gold” — every place in the new institutions cost three times more expensive than the national average.

“This attitude to work and funds allow we will not. Unscrupulous contractors will leave the market. And officials at all levels will strictly ask for every penny wasted,” said Kozhemyako.

It is noted that from 1 January 2016 will be introduced effective form contracts with each senior officer of the government of the Sakhalin region and with the heads of municipalities. The contract will reflect the objectives and specific goals for the year, according to the results of the work will be followed by personnel decisions.

In addition, the region will create a single technical customer service and the Centre for control of pricing in construction, priority will be reducing the prices per square meter in the construction of objects of social sphere.

In 2016, the planned expenditure budget in the amount of 130 billion rubles. Them will direct on support of real sector of economy: the construction of three large pig farms, three dairy farms, one of broiler production, the complex of greenhouses, modern vegetable stores. Will Fund 34 projects in the field of sport, of the major — construction of ski and biathlon center, ice arena, sports centres in districts. In addition, more than 6 billion rubles will be directed on realization of the program of socio-economic development of the Kuril Islands.