MOSCOW, December 10. The President of Russia Vladimir Putin on 11 December will determine the main tasks of the Ministry of defense of the Russian Federation for 2016 at the Board office, reported in a press-service of the Kremlin. 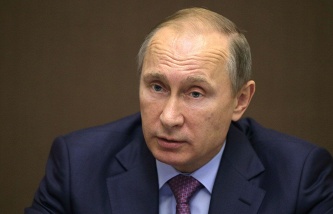 Putin: Russia will not be drawn into an arms race, but need to catch up

“Putin on December 11 will participate in the annual expanded Board of the Ministry of defense of the Russian Federation, – noted in press service. – At the meeting, to be held at the National defense control center in Moscow will be summed up activity of the Russian Armed Forces 2015”.

“The Supreme Commander will determine the main tasks of military construction and major activities of the military departments for the coming year”, – informed in the Kremlin.

At an enlarged meeting of the Collegium of the Ministry of defense invited members of the Russian security Council, the leadership of the Federal Assembly, the government, the commanders of military districts, associations and connections of Armed Forces of the Russian Federation.