LONDON, December 10. /Corr. Vladimir Kalinin/. The decision by the IMF regarding debt calls into question “the impartiality of the Institute, which plays a key role in addressing international financial instability”. This is stated in the article Minister of Finance of the RF Anton Siluanov, published late Wednesday on the website of the newspaper Financial Times. 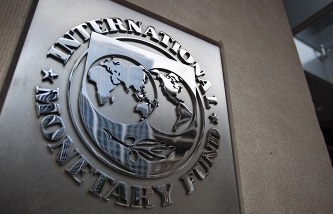 “Imagine that the Greek government would have to insist that the EU institutions must agree to the same discount that the private creditors of the country,” the article notes. “The reaction of European capitals in this case would be very cool,” says the Minister, noting that “this position” Kiev is now occupied in relation to debt of $3 billion to Russia.

“The IMF, which has long refused to issue credits to countries with overdue official debts, earlier this week, has accelerated the process of change of this policy in advance of the date of repayment of Kiev debt on Eurobonds in December of this year, Siluanov continued. – Russia does not seek to ensure that the Fund has turned a program of financial assistance to Ukraine. However, we are concerned the fact that changing this policy in the context of a politicized process of restructuring of the Ukrainian debt may raise questions about the impartiality of the Institute, which plays a key role in addressing international financial instability”. 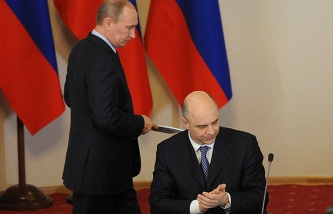 The Russian Minister also noted that the order of repayment of sovereign debt in the world in the last 50 years “has been largely successful thanks to the work of the IMF”. “Strong Foundation of this Institute should be changed only after careful weighing all the “pros” and “cons”, and not to please to a momentary political conjuncture”, – said Siluanov.

Previously, the IMF Executive Board lifted the ban on lending to countries with overdue sovereign debt, while Russia voted against. The decision, in particular, means that the IMF will continue implementing its anti-crisis program for Ukraine, even if Ukraine delays the payments for the debts to Russia. Accordingly, this same practice will also apply to other situations when countries with sovereign debt, while credit support for the Fund.