VELIKY NOVGOROD, December 10. /Corr. Julia Generozova/. The city Duma of Veliky Novgorod on Thursday for the second time will consider a question of resignation of mayor Yury Bobryshev on the basis of extended failure to fulfill its duties. 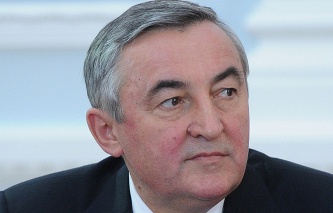 The mayor of Veliky Novgorod is not going to leave the post, despite the threat of re-retirement

The head of the administration, most likely, will lose his post, said the correspondent of TASS Director of the situation centre “Novgorod-Wise,” sociologist Alexander Zhukovsky. “The current situation argues strongly in favor of dismissal. Side Bobryshev already preparing for subsequent courts,” he said.

Zhukovsky recalled that in may of this year the deputies have deprived the post of mayor, but the mayor returned to work, winning the court on the basis approved by the deputies of the formal errors. This time, according to the sociologist, the court may refuse to consider a complaint Bobryshev essentially, if are met all the rules of procedure of resignation.

According to the center “Novgorod-Wise”, the rating of the head of administration of Novgorod the Great in an urban environment is about 30%, and an active electorate in the composition of the sympathetic – 15-20%, which is insufficient, said Zhukovsky.

Question about removing the mayor to resign made to further the agenda of the session of the city Duma after 15 paragraphs about the roads, the budget and the rules of beautification. To Bobryshev lost a position., “for” must vote at least 20 parliamentarians.

Early termination of powers of the mayor initiated 14 members of the 30 nominal composition of the Duma. In their view, the reason for dismissal is the failure of the mayor for a long time responsibility for the organization of collection and disposal of solid waste, housing orphans, the effective use of municipal property and the provision of road activities.

The decision of the deputies supported the Governor of the Novgorod region Sergey Mitin. The mayor, commenting on the process, stressed that “going anywhere, you know”.

It is now against Bobryshev brought two criminal cases about a negligence and excess of powers of office the head of local government, taken from it recognizance not to leave.

Bobryshev was elected head of the administration of Veliky Novgorod for a second term in September 2013, his term expires in 2018.