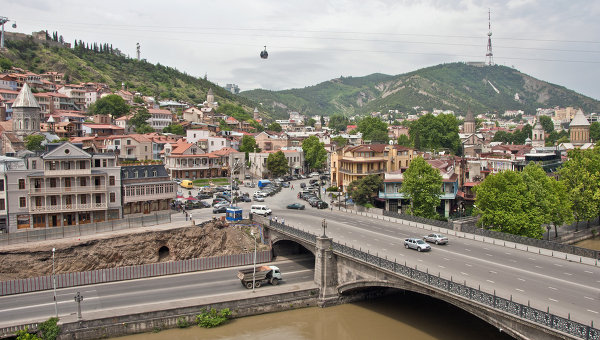 TBILISI, 10 Dec. Magee Kikaleyshvili. The Minister of foreign Affairs of Georgia Giorgi Kvirikashvili believes that the existing format of dialogue with Russia gives the opportunity to make progress, if it be the will of Moscow.

This statement Kvirikashvili made in response to the initiative of the leader of the opposition party “Free Democrats” Irakli Alasania, who made the idea to create a dialogue Georgia—Germany—Russia. The oppositionist believes that Germany is a country, which can effectively settle the Georgian-Russian relations.

“I’m not aware of any concrete steps in this direction. This view was promulgated by representatives of the German business environment. I think that the current format of today with Russia gives the opportunity to progress has been made, if, of course, the political will of Russia”, — said Kvirikashvili told reporters.

At the moment, the dialogue between Russia and Georgia supported in the framework of the Geneva discussions and regular meetings between special representative of Georgian Prime Minister Zurab Abashidze and Gregory Karasin held in Prague.

Georgia broke off diplomatic relations with Russia in response to Moscow’s recognition of independence of Abkhazia and South Ossetia in August 2008 after the armed aggression of Tbilisi against Tskhinvali. Representatives of the new Georgian government that came to power after the elections in October 2012, was named one of the top priorities of foreign policy normalization of relations with Russia. —0-