Japanese media reported that the country’s Prime Minister plans to visit one of the Russian cities in the spring of 2016. 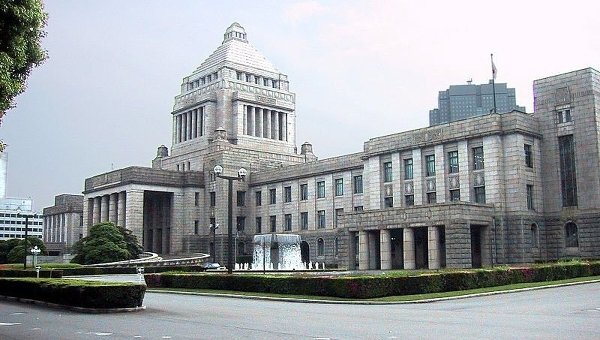 TOKYO, 10 Dec. Catherine Plyasunova. The Secretary-General of the Japanese government Yoshihide Suga did not confirm media reports about the plans of Prime Minister Shinzo Abe to visit Russia next spring.

“Such fact does not exist. I have not heard of this,” said Suga at the press conference on Thursday, answering questions of journalists concerning a common Agency Kyodo and the newspaper “Nikkei” information about the possible visit of Abe to Vladivostok or Khabarovsk.

Earlier Thursday, Japanese media referring to sources in Japanese diplomatic circles disclosed that the Prime Minister of Japan Shinzo Abe “is a large-scale study” of the question of his possible visit to Russia “soon”. The publication was called the spring of 2016 as the most likely time for a visit “given the summit of the countries “Big seven” in may in ISE-Shima”.

It was assumed that one of the issues “the summit”, announced the possible visit by Abe, the Japanese media, will be the problem of the so-called Northern territories in Japan referred to as southern Kuril Islands.

Tokyo claims the Islands of Etorofu, Kunashiri, Shikotan and the Habomai archipelago. Return to the Islands Tokyo made it a condition of signing a peace Treaty with Moscow, which was never concluded after the Second world war. Russia’s position is that the southern Kuril Islands became part of the USSR at the end of the Second world war and the Russian sovereignty over them, having international legal formalization, can not be questioned.