MOSCOW, December 10. First Deputy Chairman of the Federation Council Committee on defense and security Franz Klintsevich believes that the statement of North Korean leader Kim Jong-UN about the presence in Pyongyang of a hydrogen bomb, probably, does not reflect reality. About this Klintsevich told journalists, commenting on the words of the head of the DPRK’s readiness to use the weapons to protect the sovereignty of their country. 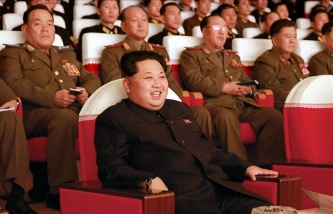 “I think that most likely it is a bluff. Nowadays there are practically no chances to create a secret from the whole world of thermonuclear weapons,” the Senator said, adding that such statements by Kim Jong-UN “is quite often”.

However, in the words of North Korean leader “has a specific meaning,” says the Klintsevich. “They can be regarded as another reminder that today no security, including the U.S. missile defence system, States do not guarantee complete security. As a reminder that policy from a position of strength often has a boomerang effect,” he said.

Pyongyang’s announcement of his hydrogen bomb, perhaps, calculated on the reaction of the USA to bring the Americans to the negotiating table. This opinion was expressed in an interview with TASS Director of the Center for Russian strategy in Asia of the Institute of Economics Georgy Toloraya.

“Product of U.S. policy, to get away from the dialogue with the DPRK and six-party talks has given North Korea a free hand, said Toloraya. Is North Korea a signatory to the Treaty on the non-proliferation of nuclear weapons is not. It can morally condemn and complain, but legally, the North Koreans were able to produce that thermonuclear, neutron bomb”. 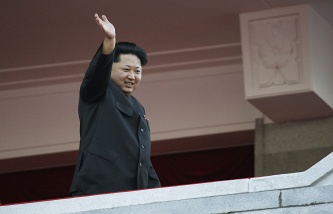 The expert recalled that Pyongyang has previously warned of such plans. “Several years ago they said that will create thermonuclear weapons, hints about this sound since the mid 90-ies, – said the Agency interlocutor. – Perhaps now something happened, find out for sure is not possible”.

“Maybe it’s just a statement to bring the Americans to the negotiating table, forcing them to react, – believes Director of the Center for Russian strategy. – Of course, this has a destabilizing influence on the situation in the region, confirms once again that without the negotiation process, the situation has deteriorated”.

The statement of the DPRK

December 10, the North Korean news Agency KCNA reported North Korea h-bomb, quoting the statement of the leader of the country Kim Jong UN. “We can bring in the effects of atomic and hydrogen bombs of its own design and thereby ensure reliable protection of the sovereignty and dignity of the nation,” stressed the head of state.

Meanwhile, as reported from Seoul correspondent. Stanislav Varivoda, exploration of the Republic of Korea does not believe the statement of the leader of the DPRK Kim Jong-UN about his country’s hydrogen bomb. According to South Korean experts, at present, the DPRK does not have such a high-tech, but can do research in this direction.