MOSCOW, December 10. Task lock instant messengers in Russia is not worth it. About it to journalists was declared by Minister of communications and mass communications of the Russian Federation Nikolay Nikiforov.

“There is no problem to block certain types of computer programs, including programs for messaging did not call. It is a distortion of facts. At the same time, certain ways of regulation in this area is required, it happens, and in Russia and many countries of the world,” he said. 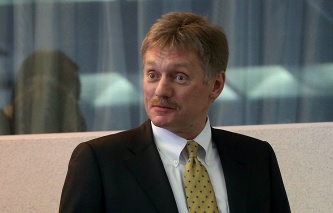 Sands: initiatives on restriction of work of messengers in Russia are being worked out

The Minister stressed that any regulation should facilitate legitimate means of communication, and stay in control of preventing its use as a tool in the hands of terrorists.

“With the growth in popularity of the Internet and various technologies, the government will progressively introduce control measures. Internet freedom does not mean impunity and lawlessness,” – said Nikiforov, adding that today the exact answer to the question of how these or other methods of communication should be regulated, there is no country in the world. “There is a necessity in the basic state regulations, at least at the level of terminology, understanding of correlates of different types of rendering services,” he said.

According to the Minister, the discussion about the inadmissibility of the use of Internet technology to commit fraud is now not only in Russia but also, for example, in France after the recent terrorist attacks in Paris. “This debate is taking place at various international venues, for example, these days the debate begins in the UN in the framework of the summit on the development of the information society in new York,” added Nikiforov.