Public chamber asks the FCS of Russia, the Ministry of agriculture and the CPS to strengthen control over the supply of Turkish vegetables and fruits through Kazakhstan and Azerbaijan, the newspaper “Izvestia” with reference to Paul Sychev. 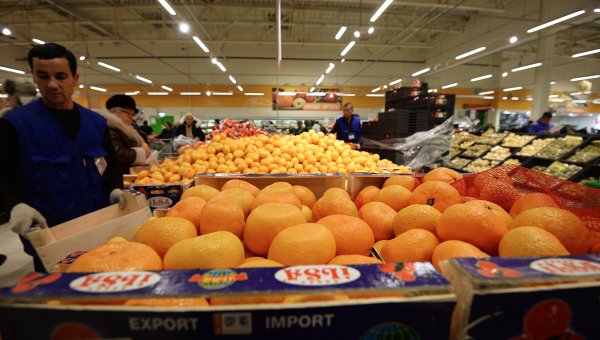 MOSCOW, 10 Dec. Member of the Public chamber of Russia asks the Ministry of agriculture, Federal customs service and Rospotrebnadzor to strengthen control over the supply of Turkish vegetables and fruits through Kazakhstan and Azerbaijan. About this newspaper “Izvestia” with reference to the conversion of the first Deputy Chairman of the Commission on the support of family, children and motherhood in the OP Paul Sychev.

According to him, Turkish companies are actively seeking ways to maintain supplies to Russia to bypass the embargo. Sychev believes that the suppliers of fruit and vegetables from Turkey is difficult to find the same solvent markets in Russia.

“Kazakhstan, despite the increasing (for the Turks), a logistics arm, can be re-exporter — since it is closest to Turkey, the country of the EEU with open borders with Russia, with which both the state and business levels are maintained close relations. Also best partner for Turkish businesses could be Azerbaijan, with the country Turkey is also established by both state and business contacts”, — quotes the newspaper Sychev.

As told the newspaper in a press-service Rospotrebnadzora, from January 1, 2016, the Ministry will strengthen control at border points and in the Russian retail for the supply of prohibited products from Turkey, as well as the possible smuggling of these products under the label of other countries.

As noted, Rosselkhoznadzor and FCS do not view the supplies from Azerbaijan as a possible way for the Turkish re-exports. Both agencies are waiting for the entry into force of the embargo on Turkey and plan to track the redistribution of imports.

Relations of Russia and Turkey are in crisis after November 24, Turkish F-16 shot down in Syria, the Russian bomber su-24. Russia from January 1, 2016 banned the import from Turkey of a number of products; including parts of carcasses and offal of chickens and turkeys, fresh and refrigerated tomatoes, onions and shallots, cauliflower and cabbage, broccoli, cucumbers and gherkins, fresh and dried oranges and tangerines, grapes, apples, pears, apricots, peaches and nectarines, plums and sloes, strawberries.