MOSCOW, December 11. The government Commission on monitoring foreign investments approved the petition for the acquisition of the Chinese petroleum and chemical Corporation Sinopec stake in the Russian petrochemical holding “SIBUR”. 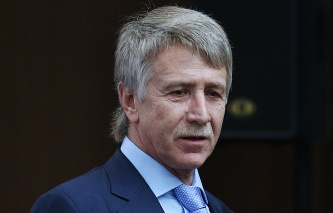 The FUND, international funds and banks to invest in petrochemical plant SIBUR to $3.3 billion

As told journalists the head of Federal Antimonopoly service (FAS) of Russia Igor Artemyev following the meeting of the legal Commission, Sinopec won the right to acquire in two stages of 20% shares of SIBUR, with the first 10% will be purchased with $1,338 billion.

In early September it became known that Sinopec plans to acquire 10% stake in SIBUR, but the amount and details were not disclosed. General Director of “SIBUR” Dmitry Konov said that the closing of the transaction, most likely, will occur in December.

It was reported earlier that Sinopec is interested in some projects of Russian companies, such as the construction of a gas chemical plant in the Amur region in the framework of the project “Power of Siberia” and”:” project for processing large volumes of by-products of oil and gas production in Western Siberia.