The issue of extending sanctions of the EU against Russia is a very complex and sensitive issue, said the Ambassador of Italy in Russia Cesare Maria Ragalini. He noted that this issue should not be left on automatic procedures, and we have to consider and discuss. 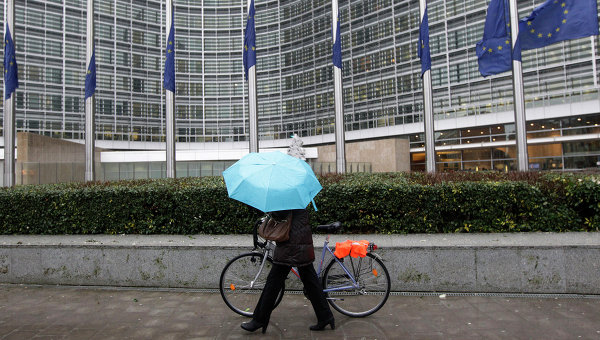 MOSCOW, 11 Dec. The issue of extending European Union sanctions against Russia will be considered at the European Council (summit of heads of state and government of EU countries) on December 17-18, has said the Italian Ambassador in Russia Cesare Maria Ragalini.

On Wednesday the permanent representatives of the EU decided to postpone consideration of a question on prolongation of sanctions against Russia. According to European media, Rome has demanded a political debate, not to extend the sanctions automatically, as it was pre-decided.

“We believe that the issue of extending sanctions is a delicate and difficult question. You should not leave it on automatic procedures and to examine and discuss, and so be it. This issue should be considered at the level of heads of government and heads of state, and at the next European Council meeting he will be considered”, — the diplomat said.

On Friday close to the European information portal EurActiv citing sources said that the decision to renew economic sanctions the EU will probably be adopted before the EU summit on 17-18 December in Brussels. According to the portal, the decision can be made on the sidelines of the meeting of the foreign Ministers of unit 14-15 December or in the new meeting of EU ambassadors in Brussels.

Later, a source close to the leadership of the EU, told reporters that among EU countries remain some differences, “but not in fact, but more on procedure” of the decision. He suggested that the Council of foreign Ministers of EU countries “too early”, but added that this may occur before Christmas.