The head of Russian diplomacy also will participate in the conference “the Mediterranean: Roman dialogue”, the main topics which this year will be overcoming the major migration crisis and collective security. 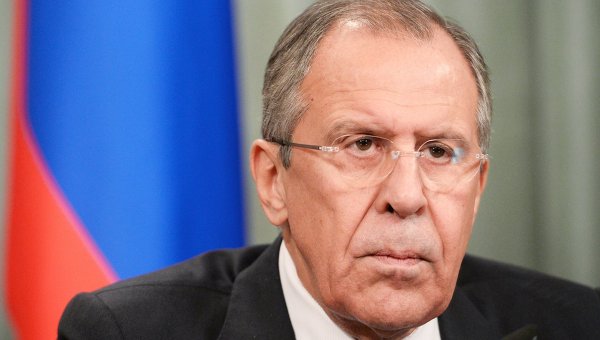 ROME, 11 Dec. The Russian foreign Minister Sergey Lavrov during the beginning of the working visit to Rome to meet with Italy’s President Sergio Mattarella and Minister of foreign Affairs Paolo Gentiloni. It is expected that the parties will discuss the situation in Syria, Libya and Ukraine, as well as the fight against terrorism.

The head of Russian diplomacy also will participate in the conference “the Mediterranean: Roman dialogue”, the main topics which this year will be overcoming the major migration crisis and collective security.

As have informed in the Russian foreign Ministry ahead of the visit, the main objective of Lavrov’s talks in Italy to continue substantive discussion with the Italian side of topical issues of international politics and security and outline ways of further development of bilateral cooperation. The last time the foreign Ministers of Russia and Italy met a week ago on the sidelines of the OSCE Ministerial Council in Belgrade.

Talks about Syria, Libya and Ukraine

The main on the negotiations with the Italian side will be the issues of fight against terrorist group “Islamic state” (in the Arabic version of DAIS prohibited in Russia), and the overall situation in Syria, Libya and Ukraine.

“The Russian side will focus on the necessity to unite efforts of the international community to suppress global terrorist threat, in accordance with the proposal of the President of the Russian Federation Vladimir Putin about creation of a broad anti-terrorist coalition, cooperation in this area on the basis of principles and norms of international law, the UN Charter, without politicization and double standards”, — said the Russian foreign Ministry.

It is expected that the Ministers discussed the fight against terrorism and also in terms of prospects of interaction on the Vienna site in the framework of the international support group in Syria, which has members and Italy, and Russia.

As have informed in the Russian foreign Ministry, the parties will raise the issue of the Libyan settlement with respect to the problem of combating the spread of ISIS and the need to ensure political stability in this country.

Repeated appeals of the Russian Federation on necessity of the complex approach to the solution of crises in the middle East and North Africa, it seems, can find a response from the Italian side. At least, that Italy, which also participates in the international support group Syria, made a proposal to convene an international meeting on Libya and. The meeting is expected to take place in Rome December 13.

Lavrov in an interview to Italian media confirmed that the Russian side will participate in the meeting. As reported by Deputy foreign Minister Gennady Gatilov, that he together with Director of middle East Department of the Russian depodesta Sergei Vershinin will represent on it Russia.

Last week it became known that the parties encountered in dvoevlastie Libya after the overthrow of leader Muammar Gaddafi — the Libyan Parliament meets in Tobruk and Universal acongress sitting in Tripoli — signed a Declaration of principles to resolve the crisis in the country. According to the Declaration there will be formed a Committee of ten people, which will be called the head of the interim government and his deputies. However, a number of areas of Libya in General is not controlled by the Central authorities.

In addition to the problems of the middle East, Lavrov plans to discuss at the negotiations with the Italian authorities and subject of the settlement of the crisis in Ukraine. In the Russian Ministry stressed that, when discussing the state of Affairs on this subject special emphasis is placed on the need to ensure consistent and full implementation of the Minsk agreements of February 12, 2015.

The potential of the relationship

In anticipation of the Minister’s visit to Italy the Russian foreign Ministry acknowledged that in recent times the dynamics of relations between the two countries declined due West course to put pressure on Russia in connection with Ukrainian crisis.

“The Italian guide, following in the tideway of the General line of the EU and NATO, supported anti-Russian sanctions, halted or slowed bilateral cooperation on a number of fronts. However the Italian side is interested in continuing cooperation with Russia in the international arena, seeks to preserve accumulated over many years of extensive positive potential of Russian-Italian relations”, — noted in the Russian foreign Ministry.

Earlier, Italian media with reference to diplomatic sources in Brussels said that Italy disapproves of “automatic” extension of sanctions for another six months and appealed to the presiding in the EU Council in Luxembourg to discuss the topic in the debate.

“Given the mutual concerns of the negative trends in the mutual trade — from the beginning of this year, bilateral trade dropped by more than 35% are expected to discuss measures to overcome them… Special attention will be paid to the connectivity of the Italian partners for Russian programmes of import substitution, expansion of localization of production in Russia with an emphasis on the interaction of small and medium business”, — said the Russian foreign Ministry.

It is planned that at the talks the Ministers discussed issues of Russian-Italian relations in political, economic and cultural fields, signed a program of cooperation in the sphere of culture and education in the years 2016-2018 and will discuss the preparations for the IV St. Petersburg international cultural forum, scheduled for 13-16 December.

On the eve of his visit to Italy Lavrov held a meeting with representatives of Italian business circles, were among the guests including the representatives of Pirelli, Candy, General Invest, Intesa SanPaolo, Danieli, Gruppo Cremonini.

“I have not heard that someone wanted to go from our market. Of course, there is the devaluation of the rouble and more, but always in such situations, there are additional possibilities. Despite the downturn in trade (by the way, the physical volume is not so seriously reduced as the measurement value), the implementation of priority economic projects continuing successfully: this is a joint production and promotion to world markets liner “Sukhoi Superjet 100”, the Russian production of helicopters “Augusta Westland”, the modernization of the tire production line Pirelli and a number of other very promising directions”, — said Lavrov in an interview with Italian media.

According to him, it is the joint work of businessmen of the two countries can be very perspective: “conventionally it can be called the transition from supplying in our market products with the trademark “made in Italy” on the joint production of goods “made with Italy”.

“Successful examples are many, including in the Russian regions. The quality of our Italian partners requires reciprocity and adequate level… In principle, of course, need to get back to the functioning of a key mechanism of economic interaction of the Russian-Italian Council on economic, industrial and currency-financial cooperation, which has not met since December 2012”, — said the Minister.

The annual conference “the Mediterranean: Roman dialogue” this year to focus on the most important for the region issues the decision of the migration crisis and collective security of both shores of the Mediterranean sea.

The Russian foreign Ministry noted that the aim of the conference is to exchange views on world politics in the Mediterranean region, the growing instability which is one of the major factors of strengthening of terrorist threat on the European continent.

According to the organizers of the event, discussions will be focused on developing proposals for safe and legal routes for refugees, the search for effective ways of their social adaptation in EU countries, as well as providing protection on the basis of a combination of anti-terrorism strategies with human rights. In addition to migration issues, the panelists will also discuss topics of collective security and establishing cultural dialogue between the countries of the region.

Along with representatives of the largest European companies in the conference will participate including Jordan’s king Abdullah II, Secretary General of the Arab League Nabil El-Arabi, Egyptian foreign Minister Sameh shoukry, Velikobritanii Philip Hammond, Morocco Salaheddin Mezouar, Prime Minister of Tunisia, Habib ESSID, and the head of European diplomacy Federica Mogherini. At the conference, will also attend and the chief negotiators for Palestine and Israel Saeb Erekat and Sylvain Shalom.

According to the latest data of the border of the EU Agency Frontex, in the first ten months of the year in the European Union arrived about 1.2 million migrants. The European Commission said that the current migration crisis in the world — the largest since the Second world war.