MOSCOW, December 11. The organization for security and cooperation in Europe (OSCE) remains the best platform for international dialogue and cooperation on security issues. This opinion was expressed by Russia’s permanent representative at the organization of Alexander Lukashevich in Friday interview to the newspaper “Kommersant”.

“Let me emphasize that the OSCE remains optimal, the logical platform for broader dialogue and cooperation on security issues – because the organization represents all States of the Euro-Atlantic and Eurasia, and joint decisions had and have a high legitimacy,” – said Lukashevich. 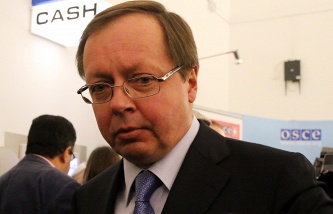 However, for such decisions the organization needs to overcome bureaucratic stagnation, in which it is located, the diplomat believes.

According to him, Russia will not increase its contribution to the OSCE budget and supports the significant reduction of the workload of States parties, including the Office for democratic institutions and human rights (ODIHR) of the OSCE.

“To increase the size of their budget investments, the Russian side does not intend. In the current circumstances, the contributions of States parties to the consolidated budget of the OSCE and thus substantially increased, including funding special monitoring mission of OSCE in Ukraine”, – said the Ambassador, noting that the current contribution of Russia to the organization’s budget is over 5 million euros.

“Our proposals relate to optimization of expenditure of the Bureau, including at the expense of many more compact OSCE missions, election observation, as it is actually applied by the countries of the European Union”, – said Lukashevich.