MOSCOW, December 11. Russian President Vladimir Putin released Viktor Kiryanov from the post of Deputy Minister of internal Affairs of the Russian Federation. This is stated in the text of the presidential decree posted on the official portal of legal information.

“To release the General-the Colonel of police Victor Kiryanov Nikolaevich from the post of Deputy Minister of internal Affairs of the Russian Federation”, – stated in the decree.

Also this decree was dismissed by the assistant Minister of internal Affairs Elena Alekseeva.

The assistant Minister of internal Affairs Elena Alekseeva since 2002 worked in the interior Ministry in various positions. Since 2002 she has held the post of press Secretary first Deputy interior Minister Alexander Chekalin. In 2011 he was appointed head of the press service GU MVD in Moscow, which was headed by Vladimir Kolokoltsev.

In may 2012, following the appointment of Kolokoltsev Minister went to work in the Central apparatus of the Ministry of internal Affairs, where she supervised the information policy.
In addition, the decree of the President from office released the Deputy head of the Main Directorate for ensuring public order and coordinating interaction with Executive bodies Aleksey Kozhevin, the head of the interior Ministry in the Republic of North Ossetia-Alania Arthur akhmethanov, the chief of UMVD across Vladimir region Sergey Gubarev.

Optimization of the state 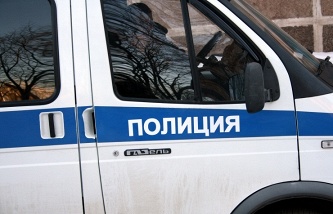 State Duma Deputy argues that in 2017, the Ministry of internal Affairs may take a new reduction

On 13 July the President of Russia Vladimir Putin has signed a decree on the reduction of 110 thousand persons of regular number of bodies of internal Affairs of the Russian Federation without taking into account the personnel on protection and servicing of buildings.

As noted by the interior Minister Vladimir Kolokoltsev, possible provision for reduction can be found in the management staff of internal Affairs bodies of the regional management and above, as well as the reduction of divisions of private security.

Reduction in office does not affect the Crimean Federal district, Chukotka and Nenets Autonomous districts and the Jewish Autonomous region, as well as the staff of special forces and district level police working with the population.