The actions that should be taken under the reorganization of the construction company must guarantee the rights of the share holders which was included in the company SU-155, said the head of the Board of Directors of Binbank Mikhail Shishkhanov. 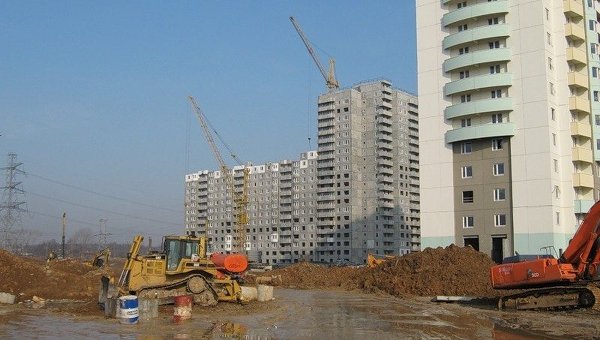 MOSCOW, 11 Dec. The plan for the fate of the SU-155 will be ready by the end of next week, said the shareholder of the BIN group, which consults under the reorganization of the construction company, the head of the Board of Directors of Binbank Mikhail Shishkhanov.

“We’re not saving the SU-155. God forbid that these actions ultimately allowed the SU-155 to exist, but we will not do so now SU-155, and will enforce those rights holders who were in this company,” — said Shishkhanov.

As reported on Thursday in the Ministry of construction of the Russian Federation, to oversee the construction and transfer of apartments the group of companies “SU-155” the future tenants will attract a group “BIN”, and the sanatorium of GC “SU-155” will become the Bank “Russian capital”.

Answering the question of when a decision will be made on the fate of SU-155, Shishkhanov said, “Next week — end will and plan, and numbers, how and who”. “We are discussing 10 billion rubles and above. But it’s all value judgments that the facts for themselves are not”, — he commented on the possible volumes of funds on the rescue of SU-155.

Now SU-155 is in a difficult financial situation and has overdue obligations. Claims for bankruptcy SU-155 was filed by the Bank “Globex”, VTB, Sberbank, Glavgosstroynadzor Moscow region, a number of companies and individuals. the Ministry of construction of the Russian Federation established a working group for solving the problems of the SU-155.

On the question of whether in future the provision of credit by the BIN group, or participate in the capital of the SU-155, Shishkhanov said that the group is a consultant, appraiser and the financial organizer of the construction company. “Short funding we will arrange”, he added.

“We are not going to earn, for me it is social responsibility and business including. If the chaos will start with SU-155, will suffer all of my company including because they are active participants in the same market”, — explained his part businessman.

“For us it is very important that the market understand what is happening with SU-155, and so people can have a clear understanding of how they of this situation go, then the market more or less can live with that. If you leave, there is chaos and the market to rise,” he said.

According to shishkhanova, principal owner of SU-155 Mikhail Balakin removed from the Finance and management of the construction company from the point of view of asset allocation. “From the point of view of the production process he is a professional man. Just a business risk materialize. Not to say that Balakin has taken some billions and ran off somewhere,” — said Shishkhanov.

However, he did not rule out a possible bankruptcy SU-155. “What is the fate of SU-155 — this will be SU-155 SU or another, or it will be a few companies who will go into different private hands — this is the next stage,” — said Shishkhanov.

“Today the key issue is to not hurt people and the government got their taxes, and then there are civilized mechanisms for restructuring creditors”, he concluded.