MOSCOW, December 11. The Board of Directors of the Bank of Russia on the last in this year meeting, kept its key rate unchanged at 11% for the third time in a row. This reports the press service of the CBR. Thus, the rate of 11% has remained unchanged since August 3 this year. 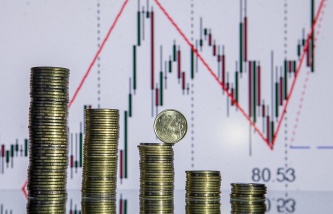 The ruble is falling and growth

The ruble changes little in the first minutes after the decision of CBR.

The decision of the Bank of Russia has coincided with expectations of analysts. 11 of 16 respondents on the eve of the meeting of experts predicted saving rates against a background of serious inflation risks. “Most likely there will be no change, because now there are many inflationary factors which may accelerate inflation: the ban against Turkish products, and the upcoming Association of Ukraine with the EU and therefore customs restrictions against Ukraine, in addition, payment for travel of heavy trucks”, – explained his position chief economist IR “URALSIB capital” Aleksey Devyatov.

“Lower inflation may hinder the preservation of inflation expectations at an elevated level for a long time, the revision scheduled for 2016-2017 rate of growth of regulated prices and tariffs, indexation of benefits, and overall easing of fiscal policy,” indicates the CBR.

The slowdown of inflation in Russia in November – early December 2015, was somewhat slower than expected. This assessment is contained in the press release of the Bank of Russia following the meeting of the Board of Directors.

According to the regulator, slowing the growth of consumer prices was promoted by a favorable conjuncture of the agrarian market, the gradual exhaustion of the impact on prices occurred in July-August ruble depreciation and weak consumer demand, low growth of nominal incomes of the population. The decrease in annual inflation, also due to the sharp rise in consumer prices a year ago (base effect).

“However, the slowdown in consumer prices was somewhat slower than expected. In addition, inflation expectations of the population in November increased, although they were to be reduced”, – stated in the release. The CBR considers the source of inflation risks, the deteriorating external economic situation on the background of the trend decrease of oil prices and the slowdown in the Chinese economy. The introduction of restrictions against Turkey will not have any significant impact on inflation dynamics, also stated the Regulator.

The forecast for the growth rate of consumer prices

Annual inflation in Russia at the end of 2016 will be about 6% and will reach goal of 4% in 2017, according to the Bank of Russia. According to the CBR, as of 7 December the annual rate of increase in consumer prices amounted to 14.8% after 15.6% in October. With the exception of seasonality month inflation fell from 0.9% in August-October down to 0.7% in November.