MOSCOW, December 11. The Bank of Russia as of 10 December revoked the license for implementation of activity on pension provision and pension insurance non-state pension Fund. This was reported in press release controller.

The basis for the application of extreme measures was the failure of the NPF “Time” regulations of Bank of Russia about elimination of infringements of requirements of Federal laws and normative acts of the Central Bank. 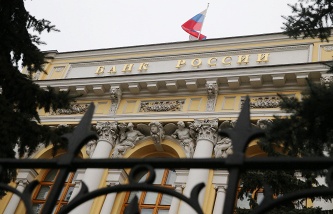 The Bank of Russia revoked the licenses NPF “Welfare” and “Erel”

In early November, the regulator took the decision to prohibit this firm in the past six months to conduct operations on the conclusion of new pension agreements and compulsory pension insurance for non-elimination Fund previously identified violations.

The Central Bank appointed a temporary administration for management of the NPF.

The regulator also notes that the Bank of Russia will compensate to the insured persons of pension funds in the amount and order established by the legislation of the Russian Federation.

NPF “Time” was created in 1994, in 2004, the main founder of the Foundation is the government of the Udmurt Republic with a share of constituent contributions to 50.4%. The cumulative contribution of founders of Fund is 120,31 million. Since January 2013 head office of the Fund has moved to Moscow. The Fund was active selling in the territory of five Federal districts of the Russian Federation.