SIMFEROPOL, 11 December. The first mobile gas turbine power plant (MGRES) capacity of 22.5 MW delivered on Thursday evening in Simferopol by plane An-124 “Ruslan” from the Far East, have informed in the regional emergency Ministry Department. The installation is connected to the power system of the Crimea. 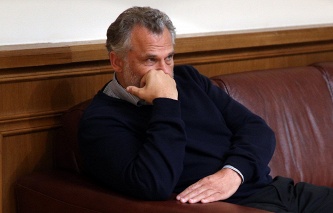 Chaly: it is not necessary to hope that Ukraine will turn on the light, and the United States recognize the Crimea and will cancel the sanctions

Poklonskaya: the Director of a zoo “fairy Tale” will not allow the doctors to look for survivors of the tiger

Poklonskaya proposed Director of the Crimean zoo, where she died the cubs sit in a cage

MOE: More than 41.5 thousand tons of fuel delivered to the Crimea from the moment of power failure

“Organized a meeting and transfer stations on special transport will deliver them to the destination, – said the head of EMERCOM of Russia in the Republic of Crimea Sergey Shakhov. – Developed the route of their transportation with regard to the size and capabilities of bridges, because each unit weighs more than 70 tons”.

Soon another such station, owned by “RAO Energy system of East”, will arrive in the Crimea. They will come in use by the company of MGTS. Today on the Peninsula are already working on 13 similar plants with a total capacity of 292,5 MW.

“Mgtes favorable difference from other traditional generation facilities is the possibility of their transport and efficiency of connecting to the grid, after which the station begin to produce the missing electric power”, – noted in the MOE.

On November 22 due to the accident at the power lines in the Kherson region were fully discontinued the supply of electricity from Ukraine in Crimea. In the Republic introduced a state of emergency associated with the deficit. To save on the Peninsula began to use rolling blackouts of consumers. Now one of four high-voltage lines coming from Ukraine, it gives the Peninsula about 150 MW.

Additional supplies of electricity to Crimea are also made by concrete developments from the Krasnodar region, started on 2 December. On 10 December by using the first string from the Kuban Peninsula comes around 285 MW. A second line is planned to run until 15 December, it will give more than 200 MW.