The group of companies “Sovcomflot” is one of the world’s leading shipping companies specializing in transportation of oil products and liquefied gas. Currently 100% of shares belong to the state. 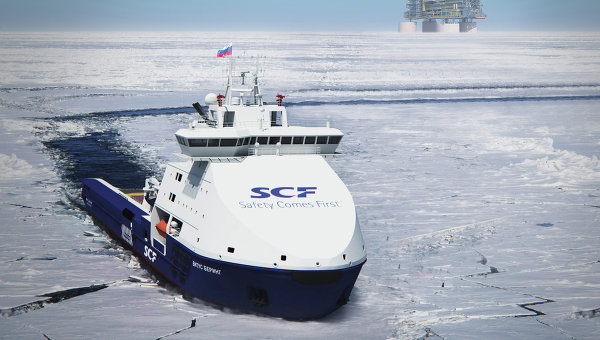 “Plans to sell 25% of Sovcomflot are saved… But not an end in itself in any case to sell. Today it seems the market is good, but unless a potential buyer, then perhaps you can wait” — said Olersky on Friday on the sidelines of the meeting of the Collegium of the Ministry of transport of the Russian Federation.

The head of Rosimushchestvo Olga Dergunova in December 2014 said that the privatization of “Sovkomflot” nothing limits, except for the state of the market. Site for, added she, can be any exchange, but the priority is always the Moscow exchange. However, she added that the authorities leave two areas — Moscow and new York, and intend to watch, where there will be a pool of investors interested in the asset.

The Deputy Minister of transport of the Russian Federation on Friday, responded positively to the question remained whether new York city as the planned site arrangement of “Sovkomflot”. “If everything had been okay, most likely it would be there. Today, I understand that the model is not completely formed,” said Olersky.

The group of companies “Sovcomflot” is one of the world’s leading shipping companies specializing in transportation of oil products and liquefied gas. 100% of shares belong to the state. Net profit of Sovcomflot under IFRS for the first nine months of 2015 increased by 2.7 times compared to the same period last year, up to 298.8 million dollars.