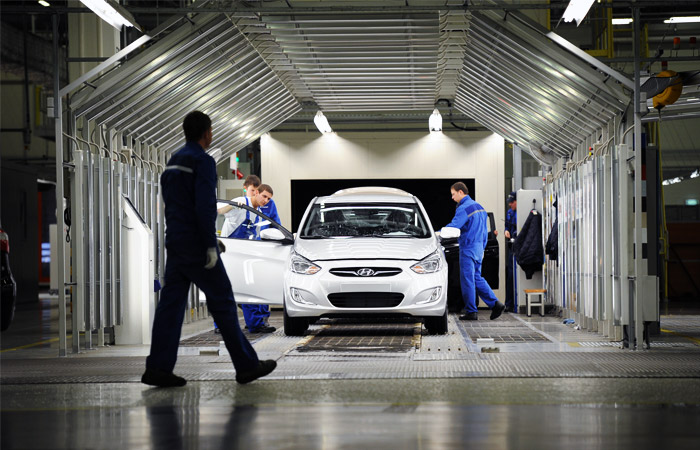 Moscow. December 11. Vice-Governor of St. Petersburg Sergey Movchan appealed to the first Deputy head of the Federal customs service Vladimir Malinin unblock the importation from Turkey of components for machine-building enterprises of the city. This was told by a source familiar with the text of the letter sent to the customs office on 9 December.

“The automotive industry remains one of the leading industries in St. Petersburg. In the production world’s leading automakers: Toyota, Nissan, Hyundai, Scania, MAN, as well as suppliers of automotive components”, – quotes the Agency the lines from the document.

Movchan notes that the combined capacity of existing Assembly plants located in the city is nearly 400 thousand vehicles per year. In this case the enterprise employs about 8 thousand people. Thus, today the share of St. Petersburg in the structure of total Russian production of passenger cars ranges from 22% to 24%.

Vice-Governor writes that after the enactment of the presidential decree on sanctions against Turkey automobile companies and their suppliers are faced with a significant period of clearance of goods, imported from Turkey, the Baltic, St. Petersburg, Pulkovo and other regional customs. 100% Board inspection are the goods which are not included in the sanctions list of products approved following the decree of the President of the government decision.

In particular, Movchan draws the attention of the FCS that starting from November 26 is not currently released, no Declaration of goods from Turkey to the branch of OOO “Toyota Motor” in St. Petersburg.

“In the circumstances the preservation of negative situation related to the receipt of the goods and the irregularity of supply of components and raw materials, enterprises will be forced shortly to stop current production,” warns Vice-Governor in the letter.

Yet last Wednesday the first Deputy head of the FCS Malinin said perishable goods, automotive components and parts from Turkey go through customs without delays, and all the rest are 100% control.

His comment came after the information sources the Agency that Turkish cargoes stuck at Russian customs checkpoints after the incident with the downed su-24 still not able to overcome them, despite the entry into force of RF government resolution prohibiting (deferred until January 1) import only certain types of food.