MOSCOW, December 11. Vice-speaker of the state Duma, Secretary of General Council of “United Russia” Sergei Neverov proposes to make mandatory debates for all candidates. The corresponding bill introduced in the state Duma. 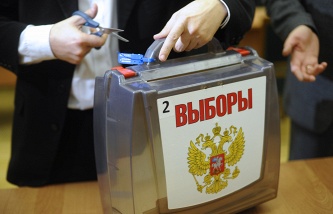 As noted in the explanatory note to the document, the text of which is available, it enters “the obligatory participation of electoral associations and registered candidates for joint campaign events (debates) on the channels of state and municipal TV and radio broadcasting organizations”.

At the same time “provides the possibility of personal participation in debates of candidates, including on behalf of the electoral associations, candidates, registered in the composition of lists of candidates in the ongoing elections in the Russian Federation at any level”.

The bill also stipulates that in the event of a breach of requirements for mandatory participation of an electoral Association, a candidate in the debate, due to them airtime goes to the opponent (opponents).

“The project is aimed at raising awareness of voters about the candidates, identifying and supporting opinion leaders”, – stated in the explanatory Memorandum. The bill includes amendments to the laws on elections to the state Duma and “On basic guarantees of electoral rights and the right to participate in referendum of citizens of the Russian Federation”.

The reaction of the Duma factions

The Communist party will support the bill of United Russia, said state Duma Deputy, member of the Presidium of the Central Committee of the Communist party Sergei Obukhov. “We just are ready to join this bill,” said Obukhov. According to him, debate is an essential element of public trust.

As stated by Vice-speaker of the Duma from the liberal-Democrats Igor Lebedev, “the LDPR will support”. “Always said that the debate is an important tool and part of any election campaign. It is on debate shows that it is a candidate,” said Lebedev. He noted that so far the only party that has always refused to participate in the debate – it was “United Russia”. “And now this bill on behalf of Deputy speaker Neverov looks a little ironic, but we fully support”, – said Lebedev. However, he added that the liberal democratic party for the second reading will propose to extend mandatory participation in debates at all levels of elections, including presidential, what while the initiative does not provide. “I want to hold consultations and second reading to introduce it into the draft law. Agree that in March 2018 TV debates with the participation of Zhirinovsky, Zyuganov and Putin will want to watch the whole world. It will be worthy of an interesting debate and see no sense in advance to limit someone from participating in them,” – said Lebedev.

First Deputy head of the faction “Fair Russia” Mikhail Yemelyanov also said that a just Russia will support the initiative for mandatory participation in debates of all candidates. “We will support”, – he said. However, Emelyanov noticed that this idea belongs mostly to the opposition parties, but United Russia rejected it on the contrary. “It’s good that she also came to this, but it would be logical if it would be a collective initiative” – believes the Deputy.