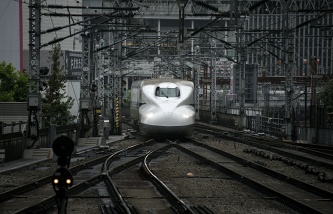 Media: Japan will build in India a line of high-speed trains “Shinkansen” for $14.6 billion

“The decision was taken to introduce a system of “Shinkansen” in India,” said Abe after the meeting. “This is a revolutionary project for Railways of India, which will significantly increase the speed of moving across the country,” – said, in turn, modi. According to him, the new railway “will become the engine of economic transformation in India”.

Project construction lines superexpresso Japanese “Shinkansen” involves the laying of railway tracks with length of 505 km between the cities of Mumbai and Ahmedabad. Construction is scheduled to begin in 2017 and be completed by 2023. The maximum speed on this stretch will be 320 km per hour, which will reduce the journey between Mumbai and Ahmedabad from eight to two hours. The project cost is estimated at $14.6 billion. 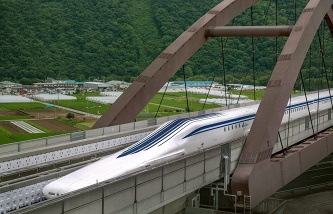 The Prime Minister of Japan is on an official visit to India. Last Friday he took part in the seminar for Indian entrepreneurs and Industrialists, where he declared that Tokyo would allocate 1.5 trillion yen ($12.3 billion) to support investment by Japanese companies in infrastructure projects in India.

Tokyo active in the field of infrastructure projects around the world, but to successfully sell its technology “Shinkansen” has so far succeeded only in Taiwan. Serious competition to Japan is China, which often offers cheaper projects. Thus, on 29 September it became known that from-for financial difficulties, Indonesia has renounced the Japanese high-speed rail project Jakarta-Bandung in favor of the proposals made by the Chinese side. In 2010 Vietnam, one more attractive to Japan’s infrastructure market, refused to build high-speed railway line because of its prohibitive price – $56 billion At present, Japan is planning to get contracts for the creation of lines “Shinkansen” in the United States and Malaysia.