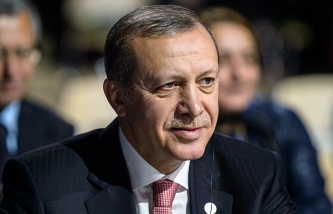 Erdogan: Turkey would not withdraw its military from Iraq

“The Russian side expressed firm position of principle in support of the sovereignty and territorial integrity of Iraq, and that Iraqi authorities are taking in this regard in accordance with international law and the UN Charter”, – informed in depodesta.

The Turkish military in Iraq

4 December, Turkey launched a group of armed forces, including some 130 troops, tanks and artillery, in the camp of the Kurdish militia “Peshmerga”, where trains Kurdish fighters for attacks on Mosul, captured a terrorist group “Islamic state” (IG, is prohibited in Russia). The next day the Iraqi foreign Ministry summoned Turkish Ambassador in Baghdad and demanded that Turkey immediately withdraw from Northern Iraq territories.

Turkish foreign Ministry: troops deployed to Iraq to ensure the safety of the Turkish instructors

Erdogan: speech on the withdrawal of Turkish troops from Iraq is not

Ankara said that the troop movement was routine and consistent with the Iraqi authorities. She refused to withdraw already there divisions, but halted further deployment of troops.

On Tuesday, the permanent representative of Iraq said that Baghdad is trying to resolve the situation with Ankara through bilateral dialogue and noted that he has no plans to go to the UN security Council. However, on Friday, President Recep Tayyip Erdogan said that his country will continue to train Kurdish militias and is not going to withdraw from Northern Iraq of its military.

On 8 December the UN security Council at Russia’s initiative hosted a private discussion of the actions of Turkey. According to its results, Russia’s permanent representative Vitaly Churkin expressed hope that the international response “cool hot heads in Ankara” and they will not be making “new reckless steps”, including in Syria.