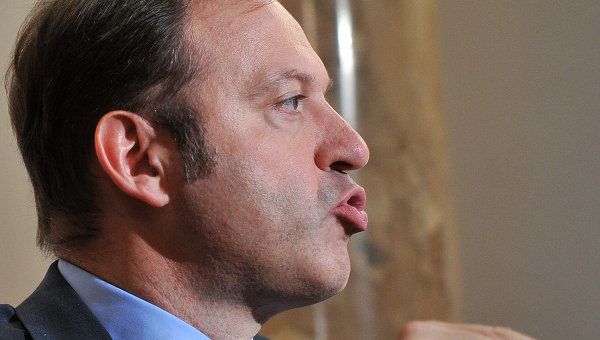 MOSCOW, 12 Dec. Removed from the leadership of the Alliance green Oleg Mitvol has declared, that if on Saturday he won’t take office, he will accept the offer to head the list of one of the 14 parties that have the right to go to the Duma elections without collecting signatures. About this politician said on Saturday.

Famous social activist, environmentalist, former Deputy head of Rosprirodnadzor and former prefect of Northern district of Moscow Mitvol became the leader of the green Alliance in April 2014. At the end of November 2015 the Central Council of the party took the decision on his resignation from this post due to “loss of connection with the party”. The initiator of the resignation was made by the head of the Moscow branch of the party Oleg solski. Later Mitvol appealed the dismissal from the leadership of the party in court.

“I’ll try to take a chance and reach out to people, including those who came to engage in environmental activities. If I don’t hear will be, as they say, to appeal to the legal side of the matter through the court, and he will agree to the suggestion made to me by a political party, with a Federal license,” he said.

The right to nominate candidates for the Duma elections in 2016 without collecting signatures have 14 parties that surpassed the election threshold in the regional elections: it is the Duma’s party “United Russia” “Fair Russia”, CPRF, LDPR and “the Apple” “Patriots of Russia”, “Pravoe Delo”, “Motherland”, “Civic platform”, “Civil force”, “Communists of Russia”, “Green”, PARNAS, and the Russian party of pensioners for justice.

Mitvol said that a few days ago I received an offer from one of these parties become the first in the list. He added that negotiations are underway and he will make the decision after the Congress of the green Alliance, which will take place on Saturday.