MOSCOW, December 12. Russian President Vladimir Putin last November 27, the meeting with activists of the Russian popular front (onf) gave a number of instructions aimed at strengthening of control over public procurement. This is stated in the message that was posted Sunday on the Kremlin website.

In particular, the government has until 1 February to submit proposals for the introduction of legislative amendments providing for the “establishment of requirements to consumer properties (including quality) and other characteristics (including marginal prices) for all categories of goods, works, services (including rental services, leasing and other forms of use of property), the purchase of which is to support the activity of customers.” 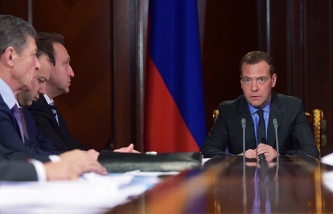 In addition, the government has until March 1, 2016 “to discuss with the business community to the issues of introduction of obligatory application by the organizations and individual entrepreneurs of cash registers, providing the transmission of fiscal data to the tax authorities, in the implementation of all kinds of transactions with consumers.”

At the meeting of Putin with activists of the popular front discussed the implementation of the project “For fair procurement – the fight against corruption”. Published on Saturday a list of instructions following this meeting contains 13 points.