MOSCOW, December 12. /Corr. Maria Glushkova/. In the Russian Federation is willing to interact with the real political powers that exist in Venezuela. This was stated in an interview with correspondent. the head of Latin American Department of the Russian foreign Ministry Alexander Shchetinin, commenting on the country’s parliamentary elections, which resulted in a majority in the National Assembly received the opposition. 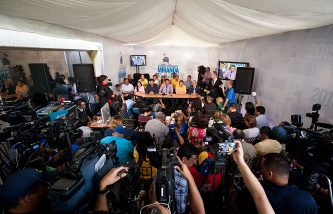 “In relation to Russia, we believe that our cooperation is mutually beneficial, he said. – It meets the economic and humanitarian interests of both Russia and Venezuela”.

The diplomat stressed that the Russian side “is ready to fulfill the agreements that were concluded between governments or between particular economic subjects”.

“Ready to continue cooperation and to interact with the real political forces that exist in the country,’ said Shchetinin. – Now there is a certain period of the formation of the leadership of the National Assembly. We will, of course, carefully analyze the political line carried out by the Parliament, and the balance of power that will actually exist in the country.”

It is important for Moscow that parliamentary elections in Venezuela were calm, as there were fears of destabilizing the situation from the outside, said Shchetinin.

He recalled that in Venezuela held parliamentary elections in which was elected the new composition of the National Assembly, which will be characterized by a fundamentally new situation arising from the fact that the constitutional majority of it will be the opposition bloc. “Such situation developed in the country for the first time in the last decade and a half,” said the diplomat. 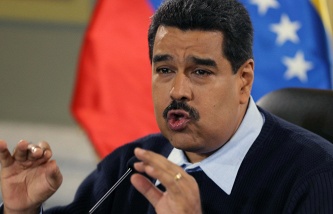 The Venezuelan President asked the government to resign

However, he stressed that for Russia it is essentially important that the “elections were conducted in a peaceful democratic environment”. “Frankly, we and not only we, many countries had serious concerns about the fact that for a totally honest campaign to interference in the electoral process, the situation can be destabilized,” – said Shchetinin.

“We note with satisfaction that the Venezuelan electoral system has once again proved its democratic credentials and transparency, – said the head of Latin American Department. – Welcome the fact that very worthily, courageously led President Nicolas Maduro, who without hesitation accepted the election results, no matter how adverse to the government they might be.”

Shchetinin said that Russia calls on all political forces in Venezuela to work together on an exit from a difficult economic situation.

“Right now in Venezuela has developed a fundamentally new situation where the two branches belong to two political forces, he said. – This means that now not only the political force that is associated with the government of (President Nicolas) Maduro, but opposition is directly responsible for the future development of the country.”

According to Shchetinin, intervening in Venezuela’s parliamentary elections “were primarily voting ordinary Venezuelans who expressed the need for changes in the economic situation now prevailing in the country due to a number of reasons, including an objective related to the global environment”.

“Encourage all political forces of Venezuela have worked together to solve the problems, the difficulties now facing the country, said the diplomat. – Whether it is, blows over whether the rallies of passion, of course time will tell. I think that this approach will be the criterion of political maturity, political responsibility, which manifests one or another power in power in Venezuela”.