KAZAN, December 12. /Corr. Alexei Ugarov/. The demand and the price of oil in 2016 will keep the decline, in some periods the price of oil will fall below $30 per barrel. This was announced by the Russian Finance Minister Anton Siluanov at the meeting in Kazan. 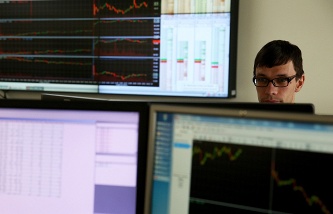 “Over the past year, the international monetary Fund the fourth time revising the Outlook to the downside the global economy, this suggests that demand for oil will also fall. We see that now large amounts of oil reserves and the yield the following year on the oil market of new players – I mean Iran with capacity 1 – 1,5 million barrels a day, – all the evidence suggests that low oil prices in next year will dominate and it is possible that during certain periods it will be $30 per barrel, maybe less,” – said Siluanov.

“We need to prepare for difficult times for us”, he added. As the Minister said, Russia’s budget for 2016 was shaped based on oil prices at $50 per barrel and now oil prices fell to $36 – 37 per barrel.

“We see that the situation speaks to the overproduction of oil in the world. There is no defined policy among the OPEC countries, each for himself, each fighting for a market for the oil, and this leads to the fact that there is a dumping and a further decline in oil prices,” – said Siluanov.

In Kazan held a joint meeting of the collegiums of the Ministry of Finance of Tatarstan, administration of the Federal tax service and Federal Treasury on RT. During the meeting summed up the execution of the consolidated budget of Tatarstan for 2015 and discussed the tasks the tasks of financial, Treasury and tax bodies of the Republic in 2016. The meeting was attended by the Minister of Finance of Russia Anton Siluanov.

The oil price in the international market will be back at $80 per barrel in 2020, then the tendency to a slight further increase. Such data are contained in the annual report of the International energy Agency (IEA) World Energy Outlook 2015, which was presented in the Italian capital.

On oil prices continues to pressure the OPEC decision on quotas on oil production. So, at the end of 168-th meeting in Vienna on 4 December, the Ministers of oil of the OPEC has not taken a clear decision on production quotas because of the position of countries that are not members of the organization.

IEA: the oversupply of oil will continue until the end of 2016 due to OPEC production

Currently the volume of oil production by OPEC members in otzyvaetsya 31-32 million barrels per day. The previous quota was 30 million barrels per day. As was stated by the Minister of oil of Iraq, the decision on quotas was not adopted because of the position of countries outside the cartel. In his opinion, to stabilize oil prices, all countries should set limits on production. Due to the lack of such restrictions has dropped the prices of oil in the world up to the present level, stated the Minister of oil of Iraq.

“This week the Russian site has been in a downtrend. The market continued to push the escalation of geopolitical tensions. A number of companies which have direct interests in Turkey, including, of course, Gazprom. Oil dropping below $40 per barrel, began to influence even the ruble prices of Russian securities. The Bank of Russia in Friday’s meeting left the key rate unchanged”, – said the expert of “BCS Express” Konstantin Karpov.