ROME, December 13. Russia does not see particular difficulties with acceptance of the offer by Britain of UN security Council resolution on Libya. This was announced on Sunday by Deputy Minister of foreign Affairs of the Russian Federation Gennady Gatilov, answering the question. 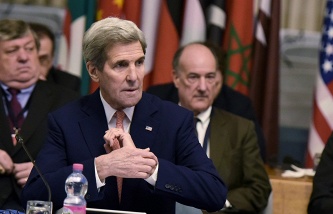 Kerry: the conference on Libya supported the establishment of a unity government

“The United Kingdom offered directly maglificio after the signing of the agreement on December 16 to adopt a resolution in support,” he said.

“The project, expected to encounter difficulties in coordination, – continued the diplomat. – We said that judging by the way they present the project, we do not see any particular difficulties with acceptance, but, of course, will need to look at the specific wording of the text.”

Libya counts on the support of

The Deputy Minister said that the Libya conference in Rome asked for help in the creation of the army and security agencies, and border protection.

“There was held a joint meeting with representatives of Libyan parties will sign an agreement on the establishment of a national unity government on 16 December…, – he said. – They asked me not to throw them in this matter and to continue active support. It is primarily about the creation of the army, security agencies, and border protection”.

Prevention of collapse of the country

Gatilov pointed out that the purpose of the international meeting in Rome was to prevent the real threat of the collapse of Libya. 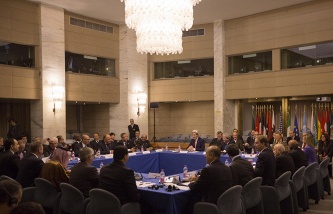 “The country is actually split, there are two governments, two parliaments, state institutions collapsed, is a real threat of catastrophe in the country, the termination of its existence as a unified independent state, he said. In this regard, was held this meeting at the initiative of the USA and Italy, which adopted a document”.

Gatilov also said that Russia has no objections as the proposed UK resolution on Libya, but we need to see the text.

In addition, he noted that the meeting in Rome paid special attention to the threat of terrorism, including in connection with the presence in this country, not the terrorist group “Islamic state”.

The “edge of the received document is aimed at the need to join forces and Libyan parties and the international community in combating the terrorist threat that becomes a large-scale outline on the territory of Libya,” he said.

A one-day meeting, which was attended by representatives of the leadership of the foreign Minister of the five permanent members of the UN security Council (Britain, China, Russia, USA and France), Tunisia, Turkey, United Arab Emirates (UAE), Algeria, Morocco, Jordan, Spain, the League of Arab States (LAS), African Union and EU high representative for foreign Affairs and security policy Federica Mogherini and special representative of the UN Secretary General for Libya Martin the Cobbler, was organized on the initiative of Italy with the support of the United States.