MOSCOW, December 13. The Minister of culture Vladimir Medinsky instructed the working group under the leadership of the head of the Federal tourism Agency Oleg Safonov to explore the possibility of increasing the funding of the Federal target program on tourism development. He stated this Sunday at a Board meeting of the Ministry of culture of the Russian Federation. 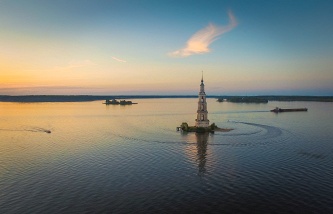 Medina reported on the eve of Prime Minister Dmitry Medvedev about the proposal for increased funding of the Federal target program “Development of domestic and inbound tourism in the Russian Federation”.

“Given the strong interest of the Prime Minister is paid to the development of domestic tourism, and understanding that this requires additional infrastructure investments, I would as a separate item recorded under the personal responsibility of the head of the Federal tourism Agency Oleg Safonov and the Deputy Minister of culture Alla Manilova three months to carry out all the necessary work with the Ministry of Finance on the possibility of increasing the volume of the Federal target program for tourism,” – said Medinsky.

“The order will be sent to the Vice Prime Minister Olga Golodets and the Ministry of Finance of the Russian Federation. It strategically supported the Chairman, but will work to ensure that it has got real form”, – concluded the Minister.

With the beginning of the program (2011) began construction of more than 150 objects of providing infrastructure in 36 clusters in 28 regions of the Russian Federation. 45 objects already put into operation, the object 21 is constructed and is under commissioning, 86 objects – are constructed.

The Minister of culture Vladimir Medinsky also asked the Federal Agency for tourism to join efforts with the team of the festival of Russian culture FeelRussia for his work on information resources because of problems with the launch site, Russia.travel. 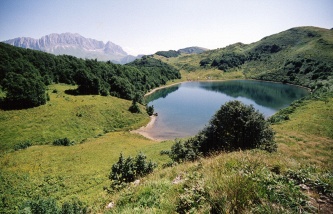 “Russia.travel is suffering, we know how much money is burned Rosturizm on this site”, – Medinsky said.

According to him, the information portal of the festival of Russian culture FeelRussia also works to attract tourists to Russia. “So you and work together with them, that we money-sprayed? Maybe we need these resources to combine, to merge?”, – suggested the Minister.

Earlier, the head of the Federal tourism Agency Oleg Safonov promised that the website will work fully by the end of 2015. Now it works in test mode.