MOSCOW, December 13. Russia will strive to create national platforms for online trading of the Russian goods abroad. This was stated by Prime Minister Dmitry Medvedev in interview to the newspaper “people’s Daily” on the eve of his visit to China.

“Of course, we will strive to create their own similar projects. To do this, improve the logistics system and legislation in the field of exports,” he said. 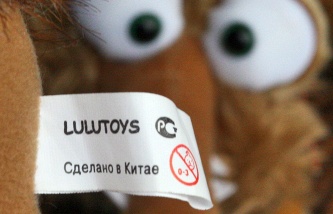 Alexey Gruzdev: the advent of online shopping from China to Russia opens up their market for our goods

In particular, according to Medvedev, “the procedure of export of retail goods abroad has become easier.” “Exporters are exempt from paying certain taxes, for example, the Commission of customs operations for export of goods not subject to export customs duties and sent in international postal items. The Declaration of Express shipments can be submitted in electronic form,” he said.

Medvedev admitted that “until we have own large Internet platforms for the promotion of Russian brands abroad”, though in Russia already is quite a lot of online stores that deliver in-country, and in some CIS countries. So, in 2014 more than 8 million Russians bought clothes and shoes online, he said.

The Prime Minister said that Russia this year has launched an online project which allows Russian producers of clothing and shoes free of charge trading platform AliExpress (a subsidiary of the Chinese company online trading Alibaba) for sale of their products. In the directory AliExpress Russian goods marked with “Made in Russia”, their prices are in rubles. 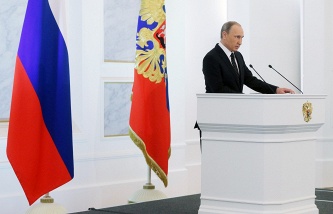 “It is expected that by the end of this year will be presented on AliExpress about 100 domestic brands of apparel and accessories. I’m sure they will be interesting for those who live in Russia and foreign buyers,” – said Medvedev.

The Prime Minister stressed that for Russia the useful experience of China in the development of distance selling. “We are carefully studying the experiment of China in Hangzhou pilot zone of cross-border e-Commerce, the aim of which is to build the whole industrial chain of e-Commerce and to form the legal basis and rules of work in this sphere”, – concluded the head of the Russian Cabinet.