The district court’s findings do not contradict the principles of legality, fairness and ensuring a reasonable balance of private and public interests, according to the definition of the Supreme court of Russia. 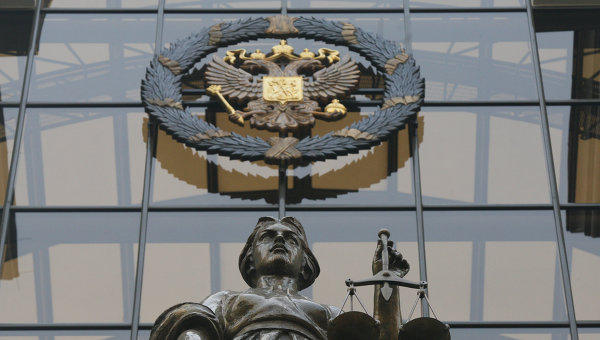 MOSCOW, 13 Dec. The Supreme court (SC) of Russia rejected the cassation appeal of JSC Gazprom and the operator of the project “Sakhalin-2” company Sakhalin Energy (50% plus one share of Gazprom), to the ruling of the lower district court, which ordered Sakhalin Energy to provide “Rosneft” access to free capacities of a gas pipeline owned by the project.

As posted on Sunday ruling, the HC has not found grounds to transfer a cassation complaint to the ruling of the arbitration court of far East district for consideration in judicial session of Judicial Board on economic disputes.

“Contained in the contested judicial act, the district court’s findings do not contradict the principles of legality, fairness and ensuring a reasonable balance of private and public interests, therefore, reason to disagree with them there”, — stated in the definition of the armed forces.

It is also noted that the Sakhalin Energy and PJSC “Gazprom” does not confirm the arguments of substantive violations by the court of substantive and procedural law which influenced the outcome of the case.

Rosneft, part of the consortium project “Sakhalin-1”, planned to use the pipeline to transport up to 8 billion cubic meters of gas per year from its fields in the North of Sakhalin island to the LNG plant which Rosneft and its partners, such as ExxonMobil, are going to build in the South of the island. Sakhalin Energy has stated about the lack of free capacities for transportation of gas by the plaintiff.

The arbitration court of the Sakhalin region in February dismissed the claim of “Rosneft”. The court of first instance considered that the requirement for Sakhalin Energy announced prematurely. As the court noted in the decision, the Declaration of intent in which investors of construction of the plant “far Eastern LNG” shown “Rosneft” and ExxonMobil, as well as the acts of the municipal authorities on the preliminary choice of a site for construction of the plant, is not proof that the plant will be built.

The decision of the court of first instance came into legal force in June, when the Fifth arbitration appeal court dismissed the appeal “Rosneft”.

Gazprom is involved in the case as third party, and Sakhalin Energy asked the armed forces to cancel the decision of the district court, their complaints were heard by the highest court in November.

The project “Sakhalin-1” is implemented on the PSA terms and includes fields Chayvo, Odoptu and Arkutun-Dagi. Exxon Neftegas is the operator of the project and owns in it 30%, Rosneft — 20%, the Japanese Sodeco ─ 30% and the Indian ONGC — 20%. The project “Sakhalin-2” provides development of Piltun-Astokhskoye and Lunskoye fields. The operator, Sakhalin Energy (Gazprom ─ 50% plus one share, Shell ─ 27,5% minus one share, Mitsui & Co. Ltd ─ 12,5%, Mitsubishi Corporation ─ 10%).