Turkmenistan has also initiated the third stage of development of gas field “Galkynysh”, which will become a resource base for TAPI. President Gurbanguly Berdimuhamedov said that the construction will give an impetus to the strengthening of peace in the region. 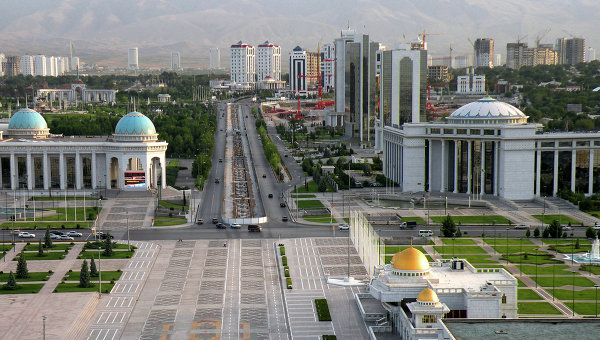 MARY (Turkmenistan), 13 Dec. Amangeldy Of Nurmuradov. Turkmenistan on Sunday started the construction of the gas pipeline Turkmenistan-Afghanistan-Pakistan-India, and also to the third stage of development of the largest gas field “Galkynysh”, which will be resource base for TAPI.

In the ceremony of laying the pipeline, which took place near the city of Mary (a regional centre in the East of Turkmenistan), was attended by President Gurbanguly Berdimuhamedov, President of Afghanistan Mohammad Ashraf Ghani, Prime Minister of Pakistan Nawaz Sharif and Vice-President of India Mohammad Hamid Ansari.

The construction of the Turkmen section of TAPI with length of 214 kilometres will lead the state concerns “Turkmengaz” and “Turkmenistan”.

The third stage of the gas field will lead a Japanese-Turkish consortium of companies, JGC, Mitsubishi, Itochi, Chiyoda, Sojitz, Chalik and Ronesans Group.

Speaking at a rally to mark the beginning of construction of TAPI and new stage of gas field development, Berdymukhamedov said that the project will not only bring large benefits to exporters of gas, transit countries and consumers, but also will give a powerful impetus to the strengthening of peace, stability and development of international cooperation in the region. The head of Turkmenistan noted that the TAPI gas pipeline will be built in December 2019.

Mohammad Ashraf Ghani said that TAPI will be the biggest project that would link Central and South Asia. He stressed that the project participants inform the world about its political will to improve the lives of people. Mohammad Hamid Ansari, in turn, noted that TAPI will bring together the countries of the region, and its beneficial influence will affect the area from the Bay of Bengal to the Caspian sea.

Nawaz Sharif, speaking at the ceremony of laying the pipeline, said that the TAPI gas pipeline will open up unprecedented opportunities for economic cooperation in the region. He stressed that the project was made possible thanks to the energy and perseverance of the President of Turkmenistan and thanked him for it.

Then the presidents of Turkmenistan and Afghanistan, as well as the Prime Minister of Pakistan and Vice-President of India participated in the symbolic laying of the Foundation of the first plant for the processing of gas and the welding of the first joint of pipe. After that Berdymukhamedov and his guests put their autographs on the first pipe of the pipeline.

The total length of the TAPI gas pipeline, which originates from the largest gas field of Turkmenistan Galkynysh, will be approximately 1814 kilometres. The pipeline will pass through Afghan cities of Herat and Kandahar, a Pakistani Quetta and Multan, and reaches the settlement Fazilka on the Pakistan-India border. With 214 kilometres of railway will pass through Turkmenistan, 773 — Afghanistan and 827 on the territory of Pakistan. The capacity of the pipeline will be 33 billion cubic meters of natural gas per year. The TAPI gas pipeline project has received approval of a number of States, including Russia and the United States, and such international financial organizations as the Asian development Bank.